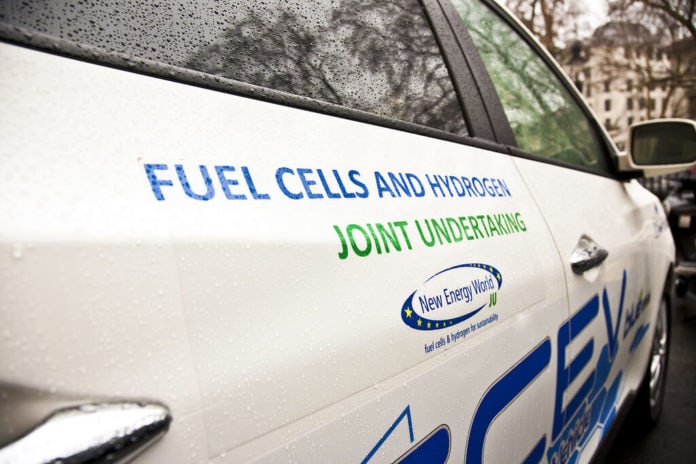 California wants, in total, 7,500 zero-emissions cars on its roads between 2012 and 2014, and GM has decided that its share of that number is 1,000 vehicles. Larry Burns, GM’s Vice-President for Research & Development and Planning, believes that 2014 will be the “tipping point”, and will push fuel cell cars into mainstream acceptance, and make a higher scale production of them in the future economically feasible.
The fuel cell cars run purely on hydrogen and emit only water vapour into the air, which drastically reduces greenhouse gases from the carbon emissions we’re polluting with today. Burns thinks that this is the answer to the current environmental problems in the automotive industry, more so than an electric car is, for one reason: no battery.

However, running on hydrogen fuel creates an entirely new problem: where in California can you find a hydrogen station? This is the next step that GM and auto-makers are taking to make fuel cell cars a reality. Although the project would cost nearly $160 million, it is a viable answer to the problems that all car companies are facing today.

Although this is a definite possibility in the future, I see it to be very unsuccessful until there are hydrogen pumps on every corner, and the cars can be sold somewhere other than L.A. Until then, Electric Cars have the most potential to be widely adopted by everyone in North America.

Torture back on the menu after California judge lifts foie gras...