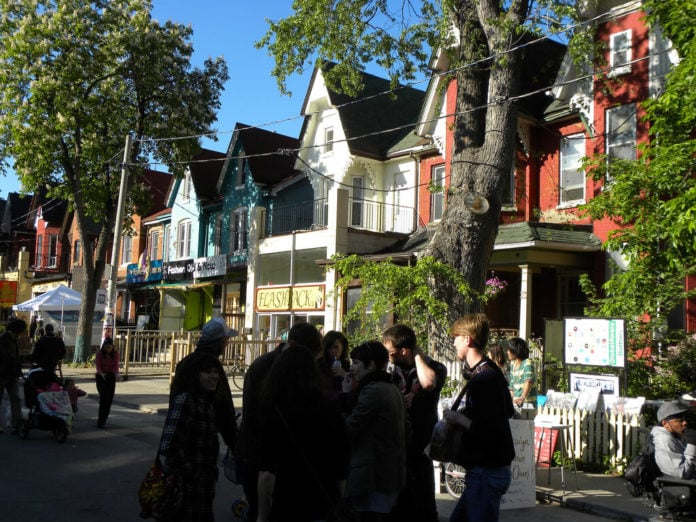 As the world tries to navigate through a period of high energy prices, economic instability and demographic change, it’s no surprise that many North Americans are becoming more interested in urbanized living. With essential amenities like banks and grocery stores designed across smaller spaces, urban centres are often seen an attractive alternative to the traditional car-dependent suburbs.

A new book released this week explores urban centres and analyses the factors that make them successful.

“Made for Walking: Density and Neighborhood Form” is written by landscape architect, urban designer, and photographer Julie Campoli. It identifies the essential characteristics of successful urban neighborhoods that provide a better quality of life and a reduced carbon footprint.

Based on the latest research on urban form and travel behavior, Made for Walking provides new ideas about the role of density and the importance of diverse land uses.

The book examines detailed case studies of 12 urban neighborhoods of approximately 125 acres each, which is considered a comfortable pedestrian walk zone. The neighbourhoods studied are:

These neighborhoods were selected because each offers a series of choices: various modes of transportation, diverse housing types, and a variety of things to do and places to shop. Their streets are comfortable, attractive, and safe for biking and walking, and they all show how compact development can take shape in different regions and climates.

The author states that understanding urban design principles is important not only to new development, but to places that are being rediscovered and reinvented. Many of the neighborhoods Campoli analyzes were once centers of bustling industry and growth, followed by decline and depopulation as rail-based transportation was replaced by the highway — which dispersed economic energy in more diffuse patterns at the edges of cities.

Campoli goes on to illustrate that it is the neighbourhoods’ ready-made networks of small blocks and connected streets that shorten distances (and make walking easy!) that are drawing people back into these particular areas.