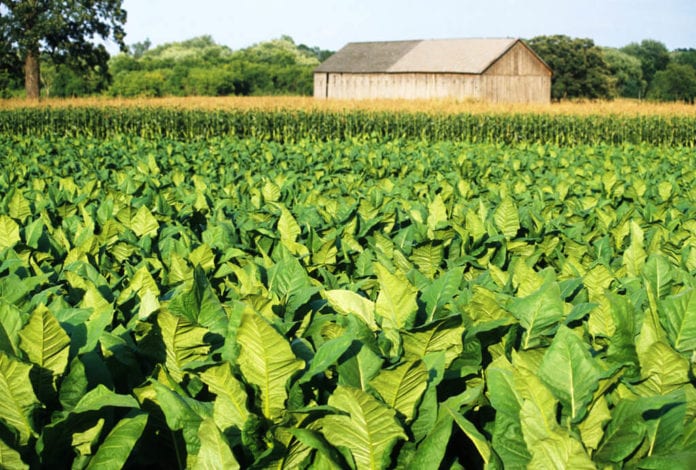 Tobacco could serve a higher purpose than filling cigarettes. That’s the implication of a recently-published thesis in Spain describing a new strain of genetically modified (GM) tobacco with potential as a green energy resource.

In her Ph.D. thesis, agricultural engineer Ruth Sanz-Barrio showed how the strategic deployment of proteins in the tobacco plant could multiply how much starch and usable sugar it produced.

Her experiments saw starch production grow by an astonishing 700 percent and sugars by 500 percent. She says these numbers suggest the GM version of the crop could work as a viable biomass resource for green biofuels.

Among the most plentiful raw materials on earth, ‘biomass‘—plant-based organic matter—is considered a renewable source of energy. However, major economic barriers remain.

The modified tobacco could provide solutions to some of these limitations. It could also give tobacco—a crop under fire for its negative health impacts—a new lease on life beyond the manufacture of cancer-causing cigarettes.

One reason biofuels haven’t taken off is their relatively low energy outputs: more is needed to get the same amount of energy, often rendering industrial-scale production unlikely.

Tobacco would also be an attractive non-food alternative to prevailing biofuels based on foodstuffs like corn, alleviating fears that spiking demand from fuel consumers may be having an effect on the price of critical food staples.

Tobacco is cultivated around the world, including in the researcher’s nation of Spain. But Spain’s traditional tobacco-producing regions in Extremadura and Andalusia have lately seen government subsidies for the cash crop slashed, diminishing a once-thriving source of local jobs.

Sanz-Barrio suggests a constructive use for the plant’s carbon-rich biomass could help revitalize these tobacco-specialized areas.

Of course, sugar productivity is not the only element that makes a good potential biofuel. Moreover, tobacco cultivation is not exactly known for being environmentally friendly.

Can tobacco ‘go green’? Could it be a green alternative to food-based biofuels? The conversation has just begun on this topic – and a fascinating conversation it is. Although tobacco may not be the ultimate answer to the world’s hunger for clean, renewable energy, Sanz-Barrio’s thesis is one of the latest efforts among researchers in the world’s top bioengineering programs to one day find a pathway to mass production of a viable biofuel.