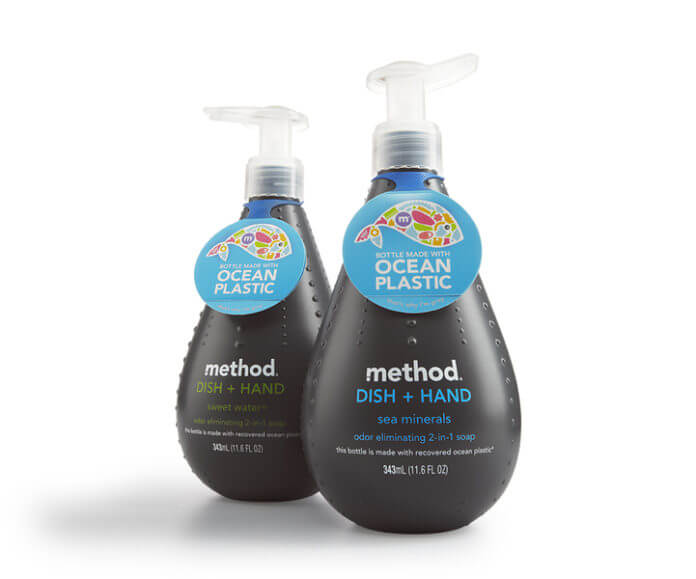 You can call it a ‘beach to bottle’ concoction…

A cleaning product company named Method is launching its newest invention in sustainable packaging: Bottles made from plastic that’s been recovered from the ocean.

The San Francisco-based company will be using this limited edition packing for its newest product, which is a two-in-one hand and dish soap. The soap will be available exclusively at Whole Foods Market stores in the United States.

Scientists estimate that several million tons of plastic make its way into the oceans every year, polluting the environment and hurting marine populations. But through this new use of recovered ocean plastic, Method is trying to show that there are smarter ways to make plastic than using virgin material.

The company says nearly all of its packaging is made from post-consumer recycled material, which helps keep additional plastic out of landfills and oceans.

Over the past year and a half, Method employees have worked with local volunteers from Sustainable Coastline Hawai’i and the Kokua Hawai’i Foundation to hand-collect several tons of plastic from area beaches. That’s where the kinds of rigid, opaque plastic needed to make this packaging are most abundant.

Method says a portion of the product’s proceeds will go to these two Hawaiian organizations as part of the company’s efforts to establish an ongoing business model and supply chain for collecting and sorting plastic marine debris.

The new two-in-one soap with odor-eliminating technology is now available exclusively at Whole Foods Market stores nationwide and on methodhome.com. It is available in two fragrances – sea minerals and sweet water — at a suggested retail price of $4.99.