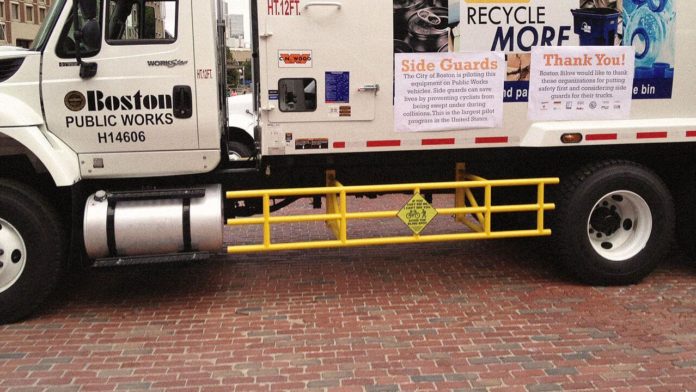 Boston Mayor Marty Walsh is proposing new legislation to keep trucks from killing cyclists. In 2013, an eighteen-wheeler sanitation truck struck and killed a cyclist in Wellesley, a suburb of Boston. A year later, when a Boston garbage truck killed another cyclist downtown, the driver said he at first assumed he had gone over a pothole.