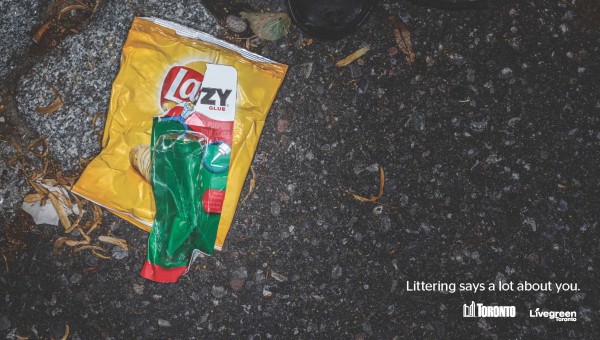 Anyone who lives in Toronto has seen their fair share of litter. Although it’s never as bad as it was during the summer of the garbage strike, it’s just a sad reality that a city this big is going to include some people who are too lazy to find a garbage or recycling can to get rid of their trash.

To help curb the amount of littering that happens in the city, Live Green Toronto has created a brilliant series of anti-littering ads that pair pieces of common garbage to make a statement about the people who are willing to throw it on the ground. 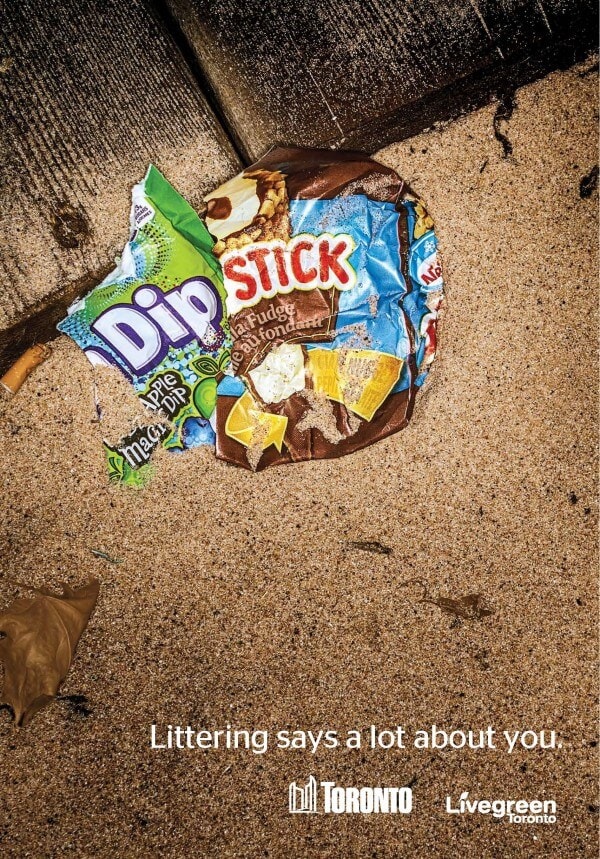 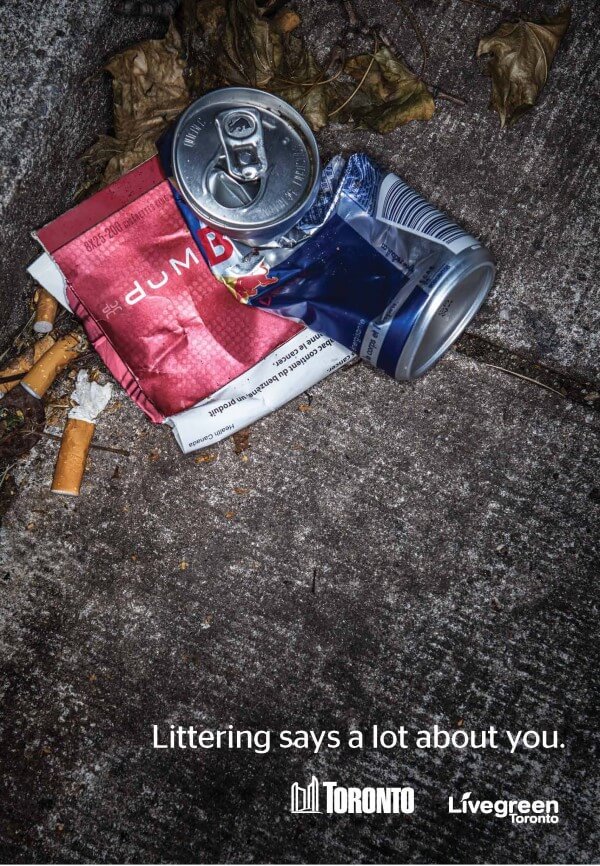 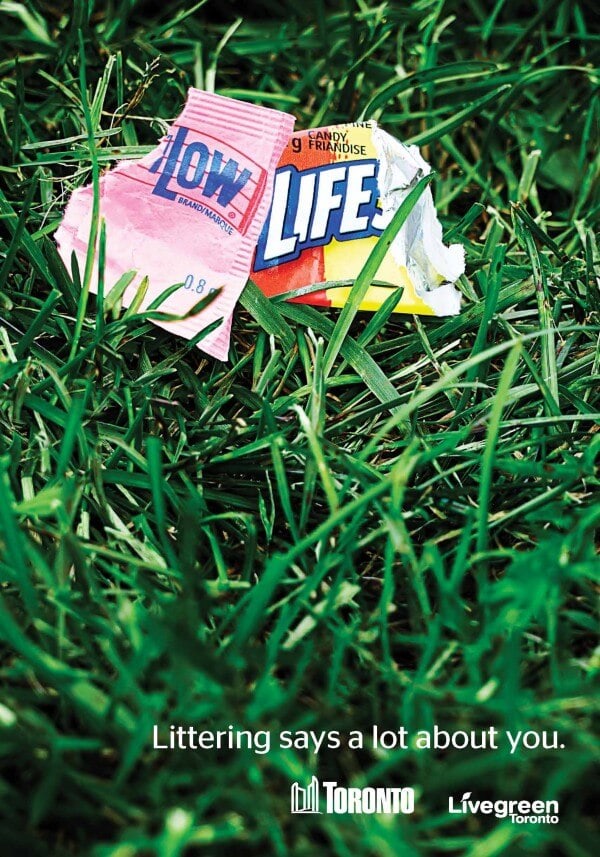 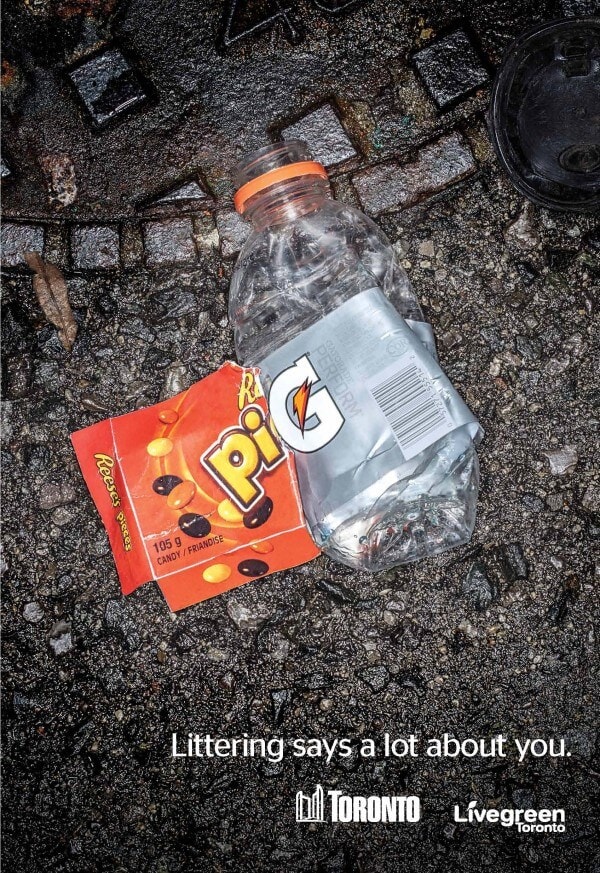