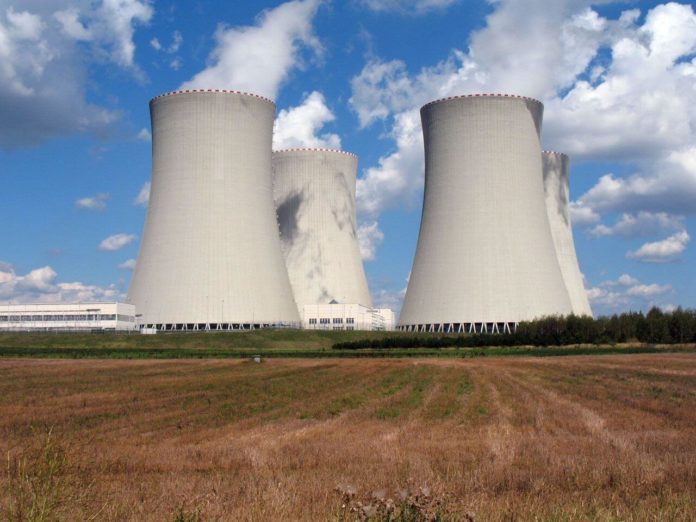 In Waterford, Connecticut lies the sprawling Milestone nuclear plant. It is the only nuclear power generation site in the state. But a reactor there has been shut down because of something that its 1960s designers never anticipated: The water in Long Island Sound was too warm to cool it.

The reactor’s safety rules state that the cooling water can be no higher than 23 degrees Celcius. But this past weekend, temperatures soared to 24.8. This prompted the operator, Dominion Power, to order the shutdown of the 800-megawatt reactor.

Ken Holt is a spokesperson for Dominion. He says temperatures this summer are the warmest they’ve seen since operations began at Milestone.

The plant’s first reactor began operation in 1970. But it has since been retired. Milestone’s third reactor was still running earlier this week. But engineers were watching temperature patterns carefully because they’re concerned that it, too, may have to be shut down.

There are reports, however, that the shutdown has had no impact on the functioning of Connecticut’s grid because power generation has been more than sufficient. But that hasn’t always been the case. In the past, during periods when electricity demand is stronger, a reactor shutdown has forced grid operators to scramble for other alternatives.

Here’s how the shutdown of the reactor played out. The water from Long Island sound is piped into the plant. This helps absorb heat from pumps and other pieces of hot equipment. But then the sound’s temperature began to rise this summer. That’s when Dominion Power got permission from the Nuclear Regulatory Commission to measure it at three locations, instead of just one. And calculate the average in the hope that it might be lower. But those calculations did not play out as desired.

Related:
Nuclear disaster was avoidable, according to Fukushima operator

Higher water temperatures could lie ahead — as the sound’s temperature does not usually peak until late August. One of the solutions for engineers is to redesign the reactor’s intake pipe, so it draws water from further below the sound’s surface. That’s where temperatures are lower.

The situation at Milestone isn’t unique. Power plants in the U.S. Midwest have also seen its share of problems, as temperatures soared in recent weeks. Sometimes, like at Milestone, reactors shut down because the cooling water was too warm. Other times, the ongoing drought had shrunken the nearby body of water from which the cooling water is drawn — causing the plant’s intake pipes to creep above the surface.

Power plants in the Midwest have also experienced problems as temperatures soared in recent weeks. In some cases, reactors shut down because the cooling water was too warm; in others, the ongoing drought had shrunken the body of water from which the cooling water is drawn, and the plant’s intake pipes were above the surface.