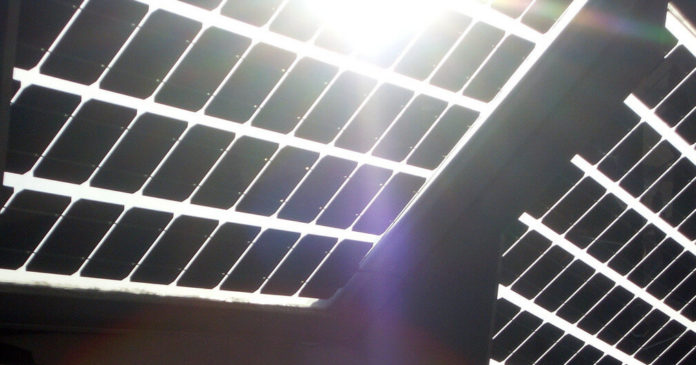 Although the benefits of solar power are well documented, the essential technology that underpins solar panels themselves has been largely unchanged for some time. Many new lightweight materials that can be used to make photovoltaic panels have come onto the market, and while some are far lighter and more flexible than the older glass-based panels, most are still manufactured using several varieties of petroleum – thus raising concerns over their own production values in relation to green credentials.

Seeking to offset these effects, researchers at MIT have been developing a new way to create a cheap, efficient basis for photovoltaic arrays which maintains its environmental credentials.

Working on the principles of photosynthesis that already exist in nature, Andreas Mershin of MIT has taken nature as his model, as the shape and density of leaves are proficient in gathering sunlight within dense woodlands. He has synthesised the chemical that produces photosynthesis in plants, and coated a metallic mesh with it.

What emerges is a miniature forest of nanowires producing photovoltaic current linked in a circuit. These fibres harvest the natural flow of electrons that would normally occur during photosynthesis.

Radically different from previous solar panels, these fibres are not yet efficient – they can only process 0.1% of energy received through sunlight and convert it to electricity – but show enough promise to warrant further research.

The next step is to redesign the mesh to copy a branch of pine needles, as they are shown to be the most proficient natural design for trapping light. They have already christened the technique “Biophotovoltaics”.

Similar discoveries have shown that the effect is not just limited to plants – the Oriental Hornet (Vespa Orientalis) is capable of converting sunlight to energy via a yellow-pigmented band around its abdomen. If such processes are more widespread in nature than previously thought, it should be possible to eventually develop a workable source of electricity from them.

Regrettably, the tiny wattages that these experiments have produced show that there is a long way to go to realise this potential.

The Future Of This Technology

It also means that future PV arrays might be largely comprised of renewable materials, and less of a problem to replace once they become obsolete, as current solar panels will require specialist disposal and there are many elements that cannot be easily recycled.

Bio-friendly plastics used in thin film panels will also help to make future solar panel developments as environmentally friendly as possible. Theoretically, photovoltaic conduction could take place using nothing more than grass clippings as the conducting layer, over a substrate made of the zinc/titanium mesh.

The synthesising properties of plant material will continue for some time, even if it is no longer connected to its root. Future solar arrays could comprise a coil of wire, and a bag of cuttings, but even the most optimistic appraisal of its potential would summarise that it has a long way to go.