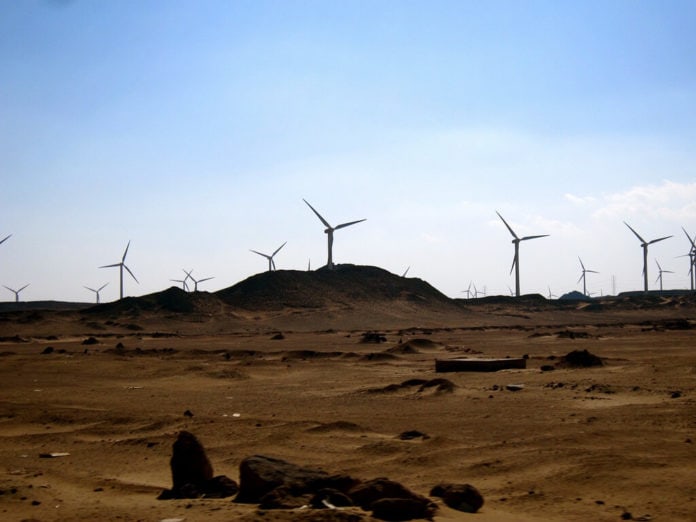 Despite the Solandra debacle, solar energy will continue to be pursued as a viable source of renewable energy. The secret is, of course, to find cheaper and more reliable ways to harness the incredible energy of the sun.  The reasons why a well funded, seemingly well organized firm such as Solandra failed to produce solar energy profitably may never be known, but solar energy is being used by many small companies and even home owners as an excellent source of power.

Wind energy is probably one of the most utilized and well known of the renewable energy sources today.  Everywhere you go, you will spot the long arms of modern windmills slowly turning and producing clean, safe energy, much like the farmers of the Netherlands have done for centuries.  These wind turbines can be placed on mountains as well as out in the ocean and we will surely be seeing more and more of them throughout 2012.

I was reading about a poor village in Africa that had no electricity, so aid workers set up a battery system whereby they could produce their own.  Using a bike lifted off the ground, with the wheels spinning free, members of the community took turns riding the bike and generating energy via a fly wheel system that stored it in a battery.

Small remote villages such as this will turn to this simple system more and more, but I wondered at that point why gyms, who have dozens of members running, biking and elipto-climbing at any given time, don’t use such a system to produce their own electricity? This kind of kinetic energy can and should be further exploited to produce energy in small, self contained units.

In a perfect example of reverting to the past, we should all remember the old corn mills that were powered by a donkey, walking in a circle to turn the wheel that ran the mill.

The old mills were sometimes also powered by water; remember the song “Down by the Old Mill Stream’? Mills were built near rushing bodies of water so that the motion of the water could power the mill.

Today, hydroelectric plants are used today to turn, instead of the wheel, gigantic dynamos (generators) that produce thousands more kilowatts of energy. Niagara Falls is a natural source of unending water energy, and Hoover Dam and other such dams create their own water energy by forcing the water over the edge of the dam.

More and more sources of natural water power will be exploited (building new dams destroys entire communities and is no longer a viable option in developed countries) to take advantage of this incredible power source.

This relatively new system of energy production uses another never ending source of motion as its energy supply: the waves of the ocean.  A gigantic tube is placed in the water. It has holes in the bottom and top, and so when the tube moves up or down because of wave motion, it forces water through.  This water passing through is converted to energy via generators, similar in manner to the water in a dam or over a waterfall. With the earth covered 70% by oceans, this seems like a solution that can produce an unlimited supply of energy.