Greener IdealHelping you live sustainably
More
Home News Where Does Your Trash Go After The Garbageman Stops By? 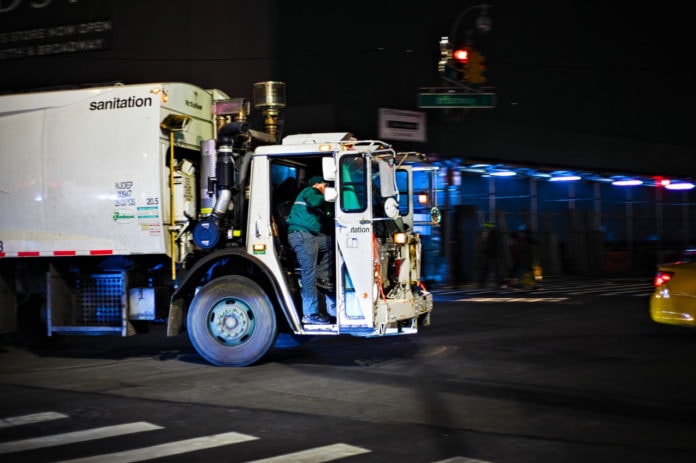 For most of us, trash is something we throw into a bin, never to be seen again. We never stop to think twice about what happens to that empty candy wrapper, that dirty paper towel, that empty jar – and why would we? Trash is trash for a reason – it’s something we throw out. Trash – and the 368,000 people and 148,000 vehicles employed in the American waste management juggernaut – is what makes our convenient lives possible.

But even if you’ve never taken a moment to think about your trash after you watched it sail over the edge of the litter bin, your trash doesn’t just disappear once it’s out of sight. A 2006 study by the Environmental Protection Agency (EPA) found that on average, each American throws out 4.6 pounds of trash every single day. That adds up to 8/10ths of a metric ton of garbage for each individual American, every single year. According to a 2012 census, the population of the United States stands at 313,914,040 – so as a whole, Americans throw out an incredible 250 million tons of garbage every year. So where does this monumental pile of trash end up? The 2006 EPA study also found that 33% of America’s trash ends up being recycled, 55% ends up in landfills, and 12.5% of the trash will find its way into incinerators. While the fact that 33% of trash ends up recycled is certainly an improvement over decades past, these numbers also make it clear that most of our trash still ends up in the nation’s landfills.

Related:
For Fungus Sakes: Can this Magical Mushroom Actually Save Us?

What Happens Once Your Trash Is In The Landfill?

In many ways, burying trash in landfills is the large scale equivalent of throwing your trash in the garbage bin – it may be out of sight and out of mind, but it hasn’t disappeared. The majority of trash that finds its way into landfills is non biodegradable and when landfills are sealed up, they act as a giant mummification chambers for your trash; with very little water and air able to penetrate the massive pile of compressed trash buried underground, the decomposition process largely grinds to a halt.

Although in many Western countries, a lot of planning goes into constructing and engineering landfills to minimize environmental impact, burying our trash into the earth is still a messy, unsustainable practice. Not only will we eventually run out of places to bury large amounts of garbage – especially as our population continues to rise exponentially – but waste from even the most carefully designed landfills still finds its way into ground water and into the ecosystem. Landfills are also responsible for up to 2.3% of all the greenhouse gas emissions in the United States.

The trash that doesn’t find its way into one of the nation’s 1,754 active landfills will end up in one of 87 incineration facilities. Maybe you’re thinking that’s a good thing, after all, this means less trash that finds its way into the ground, right? As a matter of fact, much of the leftover ash from incinerating garbage ends up in landfills, although some of it does find its way into tar for use in highways, roads, and parking lots. The incineration process itself is responsible for releasing a myriad of toxic gases into the atmosphere. This pollution includes toxic chemicals like mercury and dioxins, as well as smog causing gases like sulfur dioxide and nitrogen oxide. Incinerators also contribute to the devastating phenomenon of acid rain, which has a devastating impact on the local eco-system, as well as our cities.

Related:
US Department of Defense and FlexEnergy to Use Landfill Gases for Sustainable Energy

How Can You Make A Difference?

As much as we pollute in the United States, in some of the most polluted countries in the world, the story gets much worse. Still, basic narrative is the same whether you live in the United States or China, Canada or India – the amount of trash we’re throwing out and the pollution that we’re releasing into our environment is unsustainable.

To slow the massive flow of garbage into landfills, the atmosphere, and even the ocean, it’s important for each individual to minimize their own consumption. It goes without saying that you should be recycling whenever possible, but even more importantly, make choices that minimize your consumption. Reuse items when you can, bring your own re-usable grocery bags to the store, purchase biodegradable alternatives whenever possible, choose to minimize your attachment to consumerism. Do whatever you can to reduce that 4.6 lbs of trash you’re throwing into our environment every single day You may not feel like you’re making a major difference, but every little piece of garbage you don’t toss in the litter bin is another piece of garbage that didn’t end up buried in the earth.