Energy costs are still rising and 2013 was the 4th hottest year on record. In this tempestuous climate, there are dozens of game-changing technologies waiting in the wings to transform home energy use. Check out these 5 cool green home energy trends that sparked our imagination in 2013 and are set to wow us with new moves for 2014. 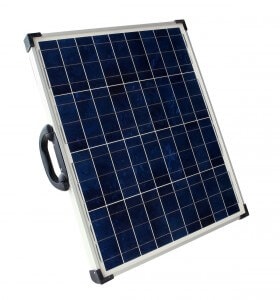 Solar power has significant potential to transform home energy use, but there’s one big problem: the sun isn’t on at night. In the absence of high-performance, cost-effective solar battery storage to electrify the graveyard shift, the momentum of residential solar power has been limited. Solar battery technology has actually been around for years, but it’s been too expensive to gain much traction.

But 2013 saw prices drop dramatically, enough to make solar batteries affordable for the average consumer. Meanwhile, popular brands like Tesla Motors and SolarCity are teaming up to give the idea curb appeal. In 2014, watch solar batteries make significant progress on their imminent trek from a million-dollar to a predicted multi-billion-dollar industry.

Who says windmills have to come in the form of gigantic infrastructure? Tiny windmills can not only produce real energy, they could eventually power entire homes. That’s according to the scientists who are now developing ‘micro-windmills.’ In 2013, researchers at UT Arlington created functioning, cost-effective prototypes of this unique nanotechnology. About ten of their bite-size mills can fit on a single grain of rice, but the origami-inspired devices are remarkably effective at harnessing the air for cheap electricity.

Embedding several hundred of the mills in a smartphone means the user could simply wave their phone in the air to generate the gusts needed to stay charged. The developers predict the tiny vanes could eventually be mounted on the walls of your home to harvest air motion for quick energy. This year, stay tuned for the commercial manufacture of these promising nano-mills for home applications. 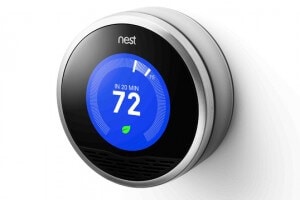 Collection and analysis of energy data is one of the major challenges for optimizing home efficiency. Builders, realtors, interior designers and occupants could all use realtime data to green their activities and make better decisions about energy use. To that end, the ‘smart thermostat’ market is now taking off. Smart thermostats can transmit accurate, up-to-date utility data about live energy use via your smartphone.

Some say smart thermostats are leading the way to the eco-conscious ‘smart home.’ 2013 was a big year for the technology, mainly because the price of hardware dropped dramatically. Google also snapped up popular smart-stat startup Nest for $3.2 billion, signaling its intent to jumpstart the market with its enormous resources. For 2014, we’ll be tracking Nest’s moves under the aegis of the search giant’s green trendsetters.

One of the most underreported stories of 2013 was the German invention of a powerful, open-source energy management tool called OGEMA (Open Gateway Energy Management Alliance). The Java-based OGEMA platform is “basically an interface between the ‘smart grid’ and the ‘smart building’.”

The tool lets residents check the price of electricity any time and adjust their energy use up or down as needed. Unlike existing energy management solutions—and like open-source successes such as Android and Linux—OGEMA’s nuts and bolts are freely available for anyone who wants to develop their own untried energy efficiency ideas. For 2014, watch out for disruptors leveraging the power of OGEMA to drive home efficiency innovation on an unprecedented scale.

With more technological exploration of live energy data, the average consumer is tiptoeing that much closer to the holy grail of residential energy use: the Net Zero Energy (NZE) home. In fact, the net-zero home is no longer science fiction, but an American reality—at least for a few homeowners.

2013 saw the construction of several homes that produce at least as much energy as they consume. Some of them are retrofits, while others are purpose-built to save energy like a champ, such as the first HERS-certified net-zero home in California. In 2014, look for new carbon-neutral homes with all-new HVAC equipment and testing standards that are realistically sensitive to the lighter power loads of net-zero housing.

Although during the past centur, the advancement of technology has often been at the cost of the environment, these emerging trends, along with countless others show, that the future of green tech looks bright and promising.  As Lyndon B. Johnson once famously said:

“Yesterday is not ours to recover, but tomorrow is ours to win or lose.”