We can all learn a thing or two from Spain. According to a report by the country’s power regulator, Red Eléctrica de España, for the first time ever, wind power generation contributed the most to the annual electricity demand coverage.

According to the report, 21.1% of electricity demand came from the country’s wind turbines, just slightly edging past Spain’s use of nuclear reactors at 21% of annual power generation. For comparison, in the United States only about 3% of the power generated is from wind power.

Wind power is all around us and is free. For years advocates for wind power generation have claimed North Americans can generate about 20% of our power from the wind, so the Spanish figures make sense.

So how come we don’t generate more power by wind?

No one wants an unsightly wind farm in their backyard.

Where wind farms have gone up, many have complained about the sight, the noise and even the dangers of the giant propellers flying off and killing someone.

When was the last time you heard of someone getting killed by a wind turbine’s propeller?

Although wind, solar, geothermal and other alternative forms of power can’t solve all of our power generation needs, combined they will knock a huge dent in the toxic ways we get most of our power.

Although nuclear power generation is emissions free, the process in creating the nuclear reaction is not, producing about the same amount of waste from a coal power plant. They are exceptionally expensive to build, typically costing upwards of $10 billion just for one generator.

Is coal any better?

Coal mining historically has always been one of the most dangerous occupations, with poor working conditions, and unstable mines that often collapse in on the workers.

Although scrubbers are being used to filter out many pollutants from the burning of coal, it’s not a pure process and the World Health Organization (WHO) estimates about 1 million people globally have their lives shortened by coal particulates in our air – about 24,000 people in the United States.

So what’s the answer to our power-hungry society’s need for energy?

Science may have the answer – eventually.

Despite a recent 60 Minutes segment which claimed the green technology industry is running on borrowed time, engineers and scientists are working together to create environmentally-friendly ways to fuel our lives.

V3Solar is an American-based company which has been working on a more efficient means to collect solar energy. Instead of the traditional flat solar panel, they’ve created a triangular-shaped one, which they claim can capture the Sun’s energy efficiently as it moves – expensive computer controlled motors usually move flat solar panels in more traditional installations with the movement of the Sun during our day. 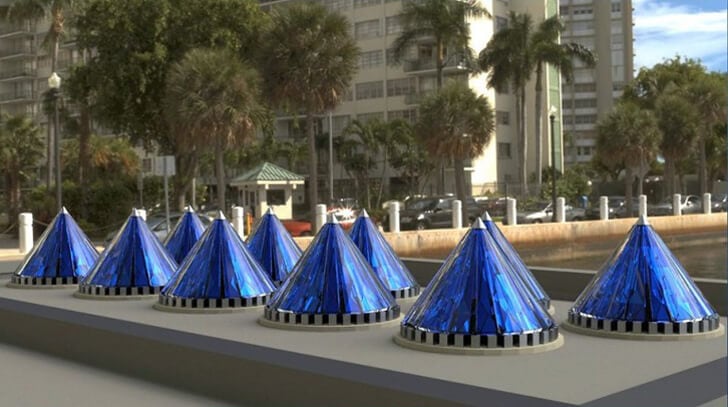 This low-tech approach to solving a problem in capturing the Sun’s rays is a promising glimpse into the many technologies being developed to produce environmentally-friendly sources of power.

Still, until science and technology improves our collection and generation of power, the ball is in our court.

We need to reduce our energy consumption by conserving energy wherever we can. Not that we all need to live in the dark, but instead keeping the lights on in rooms where we aren’t we should shut them off.

We need to think in terms of conservation, reduction, and re-use in all aspects of our lives, to ensure we are being good green global citizens.

And we need to put pressure on elected officials to tell them we can do better. If the Spanish can use so much wind power – why aren’t we?