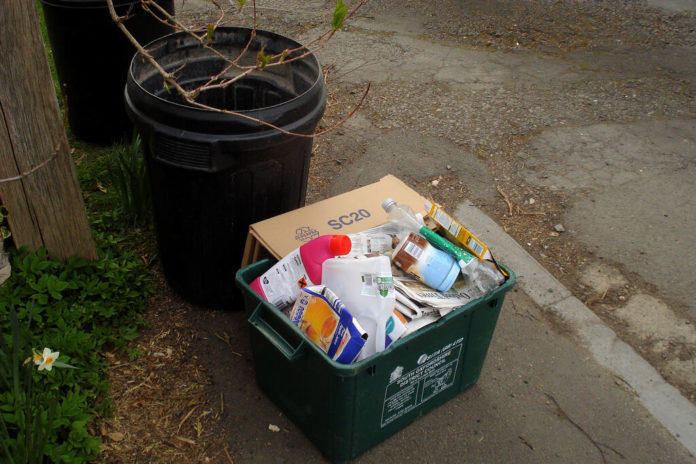 According to data compiled by the U.S. Environmental Protection Agency, Americans generate plenty of solid waste, but they also recycle a significant percentage of it. In 2010, the nation as a whole produced approximately 250 tons of trash, or 4.43 pounds per person each day of the year. Of that amount, Americans recycled or composted some 85 million tons for a recycling rate of 34.1 percent.

That means each individual recycled about one and one-half pounds of their daily four and one-half pounds of trash. Offices and schools recycled paper and retail outlets recycled packing boxes. Gardeners dumped grass clippings into recycling bins instead of trash bags. Urban families separated their plastics, glass and newspapers for curbside collection. Industries found ways to make recycling profitable.

Although the U.S. is a world leader in terms of garbage generation, the country has made positive strides, taking responsibility for recycling and reusing valuable resources. The EPA monitors waste reduction and recycling programs throughout the country to keep track of the nation’s progress toward sustainability and the preservation of valuable natural resources.