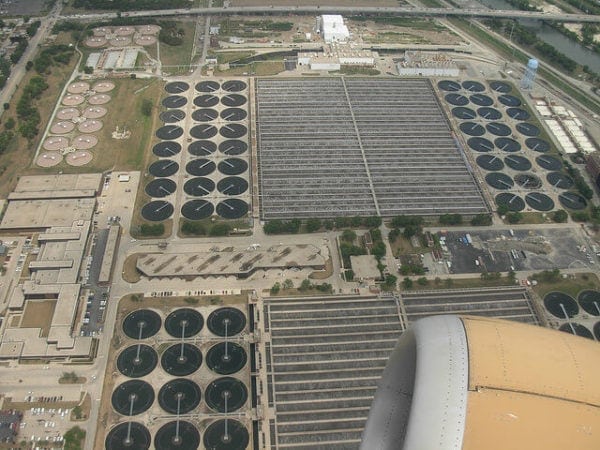 No new water is ever created on earth. Humans are just reusing the same water that has been on the planet for millions of years.

Since fresh water is a finite and limited resource, steps must be taken to insure that any water used by homes or industry is cleaned up, or treated before it is returned to the environment. Most sewage and wastewater goes through a three stage treatment process: primary treatment, secondary treatment, and tertiary treatment.

This guide is intended to serve as an introduction to the different stages of wastewater treatment.

After a pre-treatment phase where larger pieces of debris such as trash and tree branches are removed, wastewater goes through the primary treatment stage.

In this stage, water flows through settling tanks where lower density substances such as oils, grease and some solid wastes are allowed to rise to the surface. Devices such as skimmers go across the surface of the water to remove the oils and solids that have floated to the top.

Heavier debris such as dirt, sand and seeds are allowed to sink to the bottom due to gravity.

Primary treatment tanks can typically remove between 50 and 70 percent of solid waste. The reaming water is then pumped to the second treatment facility.

The purpose of the secondary treatment stage is to lower the amount of sewage from human and food waste from the wastewater.

In this anaerobic digestion stage, microorganisms are added in the form of “activation sludge” to the wastewater in secondary holding tanks. Air bubbles are pumped into the tanks in order to promote the grow of the organisms.

Related:   This Water Treatment Company is so Confident in Their Process, They've Started Brewing Beer out of Sewage

These organisms naturally break down biodegradable substances such as fats and sugars as well as consuming harmful bacteria. After this process, the sludge settles out in the water and is collected. The remaining sludge is heated and water in the sludge is squeezed out.

The remaining dry sludge is sent to a landfill for disposal. The remaining wastewater is sent to another set of tanks where particles are again allowed to settle to the bottom of the tanks and the water is filtered again before being pumped to the final stage.

In the final stage of wastewater treatment, the water is essentially “polished” before being sent back into the environment.

Different tertiary treatments include filtering with large scale sand or carbon filters in order to remove toxins. Water is then disinfected to kill any surviving microorganisms by adding chemicals such as chlorine or sodium hypochlorite.

Alternatively, UV light can also be used as a non-chemical way to break down the DNA structure of viruses and bacteria.

After this point, the water has been treated so thoroughly that it is cleaner than the natural water in the environment. The water is then discharged into a nearby lagoon, lake, or river. 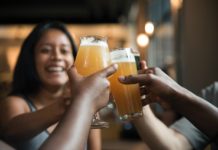 This Water Treatment Company is so Confident in Their Process, They’ve Started Brewing Beer out of Sewage 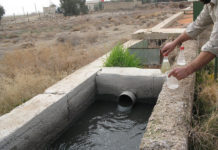 The Guide to Wastewater Treatment: An Eco Solution 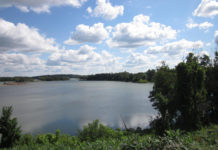 The Guide to Wastewater Treatment: An Eco Solution

This Water Treatment Company is so Confident in Their Process, They’ve...