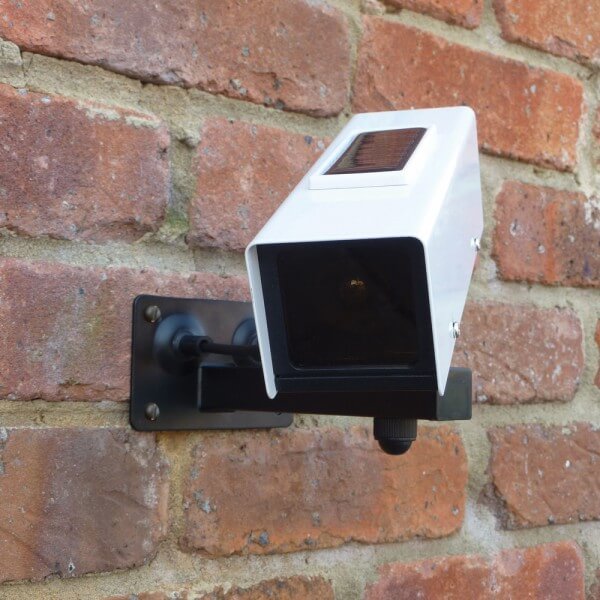 Security is an important issue especially these days when the occurrence of domestic crimes is on the rise. What’s scary is that a lot of these suburban crimes are actually committed by teenagers. These young individuals are not professional thieves. However, they rob or invade houses that seem to be lacking in security and opt to skip residences that look more protected. This is why they are classified by authorities as “opportunity criminals.”

Making a few changes or purchasing effective security gadgets can surely enhance the security of a property and the people residing in it. But one main concern when it comes to using security devices is that most of these types of equipment run on electricity. For instance, when a person leaves his lighting system on from dusk until dawn, he could rack up expensive energy bills. Because of the added expense, people may forgo using security gadgets. This shouldn’t happen since safety is a main concern and home and business owners should feel safe and secure inside their properties. So, what energy-saving options are available?

A lot of security devices today run on solar power. There are certain units that have their own solar panels, while others have external panels. The former should be set up in areas that get a lot of sunlight so that their batteries can recharge during daytime. Those with external panels can be installed in shaded locations as long as their solar panels are installed in places that get enough light for charging.

Solar lights are quite familiar because many varieties are commonly used in adorning gardens or landscapes. But accent solar lights only produce a dimmer glow compared with solar spot, deck or floodlights. Spot and deck lights can be used to illuminate patios, decks or other dark areas. Spot lights are also more versatile as these can be mounted almost anywhere and adjusted in order to focus a beam of light on a certain area. These types of lights greatly aid in deterring prowlers because these bad guys love to work under the cloak of darkness. They will think twice about invading a well-lit home or property. Spot and deck lights further enhance the safety of residents as well as these shed light on stairs or steps that could cause slip and fall accidents if unnoticed. As for floodlights, these produce very bright glares that can immediately scare away possible burglars. These kinds of lights work really well with motion sensors and sirens. Once the sensors are activated, these also turn on the floodlights and the siren to frighten trespassers. There are also solar powered wireless cameras. Several types of newer units that run on solar power are stand alone cameras that can cover a larger area. These also have their own battery packs with some having batteries that can run for more than 10 days. It’s important to consider range and battery power when choosing a solar camera. Carefully consider where a camera is going to be mounted and how far this is going to be from the main house. Cameras are best placed in locations where these can be readily noticed by people, like near gates, doors or windows. It’s a fact that burglars avoid residences that have security cameras because they want to avoid being recorded on tape, which could lead to identification and capture. It’s also vital to schedule regular battery checks, even with units that have their own back-up batteries. Remember that a camera won’t be of much help if it’s not working properly.

Solar motion sensors detect movement and these turn on lighting and alarm systems when activated. These gadgets are great for perimeter protection. Solar motion sensors can also be used indoors, particularly those with external panels. These can be placed in hallways, living areas, stairways, or other places where burglars may pass through. A number of hi-tech units are equipped with both heat and motion sensors, as well as floodlights. These types can run for 10 to 14 days without recharging, which is a great feature especially for those who live in areas that often experience cloudy skies.