Greener IdealHelping you live sustainably
More
Home Guides Should All Environmentalists Be Vegan? 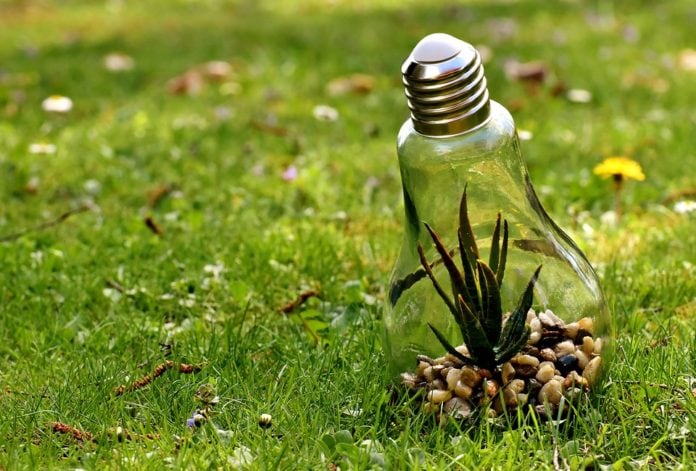 Environmentalists as a whole are some of the most selfless people.

They give up convenience, luxury, and money to reduce their impact on the environment.

But when it comes to eating animal products, you’ll get a mixed bag of reactions.

Many are already vegan, but others (maybe you) raise their eyebrows at the thought of cutting out animal products.

“I do enough already, but meat is crossing the line.”

“I don’t even eat that much meat.”

If you’ve said anything like the paraphrased quotes above, maybe you have a point from an environmental perspective.

But too many of those reactions are based on knee-jerk emotional responses and not rational arguments.

And I understand, it’s a controversial issue, and emotions often come out before reason.

But it’s also an important issue in my eyes, so I wanted to write this post and go about it a bit differently.

No judgement, no trying to push views, just facts on how animal agriculture affects the environment.

Every claim or statement is cited with a reputable source, and I’ve given views for and against veganism for environmentalism (ethics will not be mentioned at all).

You’ll come out of this with some real quantitative facts, as well as some ideas to think about if you can read it with an open mind.

Clean water needs to be purified, which takes time, energy, facilities, and more.

Most environmentalists are aware of this and try to conserve water.

Just about all foods require water to produce.

When it comes to animal agriculture, the water footprint of animals comes from several sources. The concepts and data below come from a water footprint analysis from the Water Resources and Industry journal.

First, water is needed to grow the feed for the animals.

Finally, there are other water-related activities like drinking and washing.

These factors will vary depending on the way the animal is raised (e.g. grazing vs. caged).

From an environmental standpoint, we’re most interested in the global water footprint average of different types of foods per calorie (a fair and practical unit of measurement).

Related:
Guide to an Environmentally-Friendly Office

I found this data in another journal article, “A Global Assessment of the Water Footprint of Farm Animal Products”.

The results we’re interested in can be summarized in this table:

Animal products have been italicized for emphasis.

It’s clear that most animal products have a larger water footprint per calorie than plant products.

However, there is a wide range in values.

Beef is by far the most water-intensive food, but aside from that, the values aren’t a great deal higher than plant foods.

The second highest food category in that table is nuts. Some environmentalists don’t eat nuts due to their impact, but plenty do.

So where does that leave us?

I think it’s safe to say that the average vegan or vegetarian diet will have a smaller water footprint than a non-vegetarian diet.

Vegan diets consist of pulses and vegetables for the most part, which has relatively low water footprints.

But there are certainly exceptions. Some omnivorous eaters may eat very little animal products and a ton of starchy roots, while some vegans may eat tons of nuts and fruit.

Ultimately, it will go back to your personal definition of how much is enough for your goal of environmentalism. At least when it comes to your water footprint.

Forests (notably rainforests) are destroyed for resources and to clear space for a variety of activities:

In numbers, something like 80,000 acres of tropical rainforests are lost each day, which has huge impacts on ecosystems.

And that’s just rainforests, plenty of “regular” forests are plowed down as well.

Data is a bit hard to come by here, but there is some.

In a Natural Resources Canada article, it is stated that 53% of deforestation in Canada (in 2005) was due to agriculture: 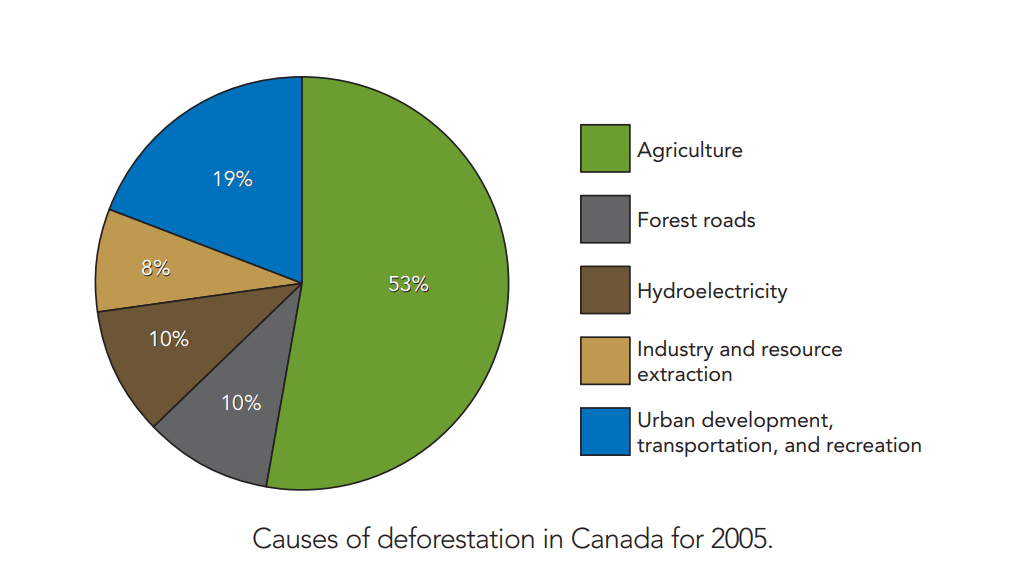 This includes both animal and plant agriculture, but keep in mind that a large percentage of plants grown are used as animal feed.

According to the USDA, over 70% of soybeans made in the United States go to feed animals (poultry, pigs, and cows).

A detailed report by the Union of Concerned Scientists outlines the main causes of deforestation in tropic regions (which includes rainforests):

Even in a completely different region of the world, agriculture tops the reasons for deforestation.

Most people are aware that greenhouse gas emissions are bad. They are the main driver of climate change.

The ones that we’re most concerned with when it comes to agriculture are methane, carbon dioxide and nitrous oxide.

One of the best reports on the environmental impact of animal agriculture is the 2006 study “Livestock’s Long Shadow”.

It has received a lot of attention for its claim that overall, meat production produces 18% of greenhouse gas emissions, which is even more than transportation.

There’s been quite a bit of criticism over this claim.

And many people dismiss the report altogether based on hearing that there’s any criticism, which is a mistake in my eyes.

The criticism is completely valid. It points out that:

So it’s not fair to compare the two since the transportation value would be much higher if you calculated it as completely as the animal agriculture value.

But does that invalidate the data in the report?

Of course not, so it drives me nuts when people dismiss the impact of greenhouse gas emissions from animal agriculture.

You can argue about the specific amount, but other studies like Goodland and Anhang’s “Livestock and Climate Change” point to values of at least 32.6 billion tons of carbon dioxide per year (about 51% of global greenhouse gas emissions).

Finally, looking at this on a much smaller scale, a study comparing the emissions from individuals who follow different type of diets found that greenhouse gas emissions from meat eating diets were approximately twice as much as vegan diets.

Bottom Line: Your Diet Makes Up a Large Portion of Your Environmental Footprint

In general, a vegan diet will be better for the environment. 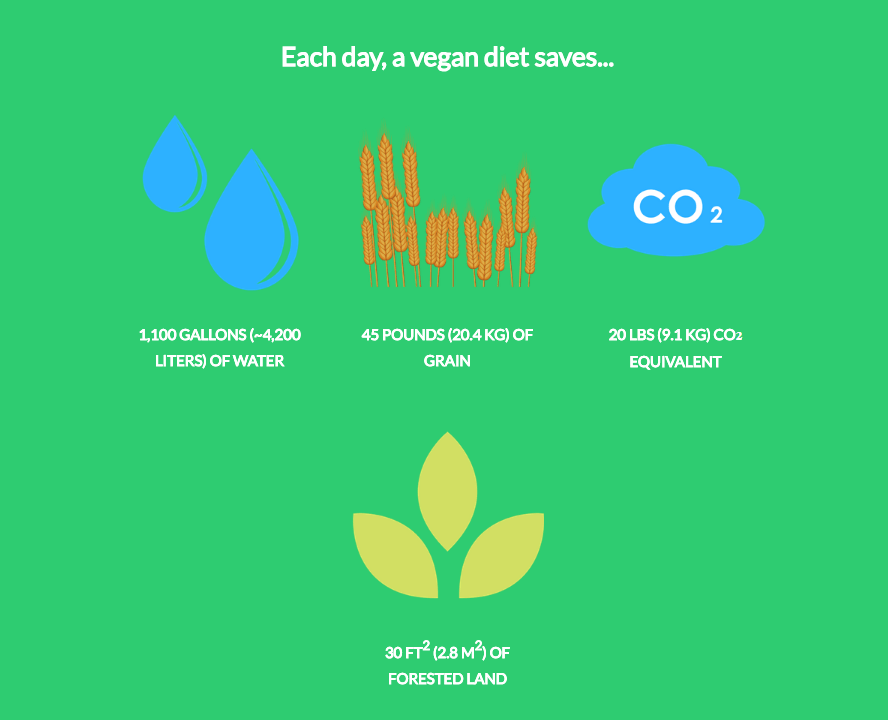 But that brings up a counter-viewpoint that’s important to keep in mind.

A Counter-Viewpoint: Not All Vegan Diets Are Environmentally Friendly

A vegan could eat nothing but nuts and fruits and vegetables being imported from across the globe.

An omnivore could eat mostly local produce, with the occasional animal product thrown in.

From a purely environmental point of view, it’s clear that the latter is more environmentally friendly than the former.

So let’s go back to the original question: Should all environmentalists be vegans?

According to most people (or the dictionary), an environmentalist is:

“A person who is concerned with or advocates the protection of the environment.”

There are a few people who have a near-zero impact on the environment, but I’m not one of them, and neither are most environmentalists.

So I think this is a question isn’t one that has a concrete answer. You need to decide what’s the best that you personally can do for the environment.

I readily admit that I’m biased for veganism from an ethical point of view, but I’ve done my best to keep that out of this post.

Based on the facts I’ve laid out here, I think it’s fair to say that most environmentalists should at least try to limit their animal product consumption (particularly beef).

But as I mentioned above, the food you choose to eat is just one part of the environmental impact that your diet has (transportation, plastic, etc.).

My goal was to present the facts and arguments fairly in order to give you some important things to think about.