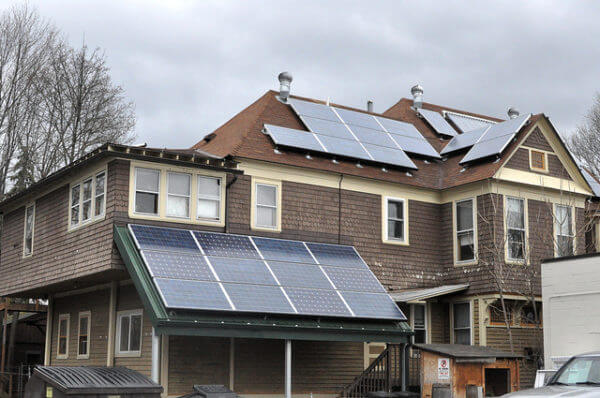 Solar electric power remains one of the most viable alternative energy option for many consumers.

Solar systems that provide electricity for the off grid home are just as viable as those systems consumers utilize in systems tied into the utility company’s power grid.

While there are people who enjoy living in a remote and rural location in a self sustaining way, many more people have cabins or small vacation properties that benefit from a solar system. In those situations, the solar system provides a renewable and cleaner alternative to a system of gasoline or diesel generators that can be costly to maintain.

The Mars rovers that NASA launched were both solar powered and quite exceeded their mission expectations, and it is difficult to think of a more remote location than Mars.

Since the average consumer’s off grid solar system is a lot closer to home than Mars, we can examine some of the issues that most people will encounter when planning an off site solar system.

The equipment needed to run a photovoltaic power system of the grid is nearly identical to that needed to run a home that is tied to the utility company. Both need the photovoltaic panels, and they are often installed in the same way, either on the roof of the structure to be powered or on site on the ground.

Often, an off the grid site has less power demands than a home in the suburbs, either because of size or deliberate planning. The photovoltaic cells are part of a larger array in the solar system to output enough power.

For the off grid site, planning for placement of these panels is crucial to maximize usage of the sun, but they are easily cleaned and need little maintenance besides protecting them from environmental damage.

With the photovoltaic panels in place in the solar system, one needs an inverter box. The solar panels generate DC electricity and the inverter converts that electricity into AC use for the household.

An important off grid consideration is that many of the electrical components can be found locally, and many people building an off the grid system utilize a low volt system to minimize shock hazards.

Along with the inverter, a battery system needs to be in place. This provides a way for the system to store the excess energy that the solar system generates. Every location on earth has peak sun hours ranging from four to six hours, and if planned properly, an off the grid site can generate more electricity than is used.

For an off grid site, it is important to have that back up in case of emergencies or failures within the solar system. Finally, many people building a solar system for off the grid use will have a backup generator for emergencies, and equipment designed to protect appliances from over currents.

One of the most attractive things to people considering an off the grid solar system is the sense of independence and well being that living independently brings. It can be a bit of a challenge to build a solar system, but because these systems are built to expand, one can start small and expand the solar system as needed.