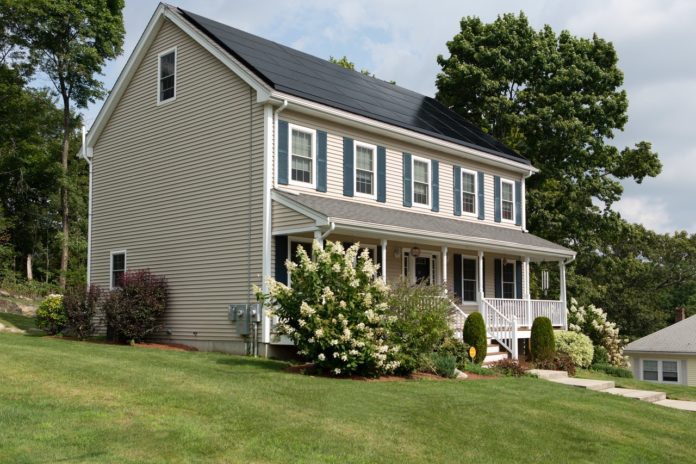 Across the US, many people are switching to solar power to conserve energy in their homes. The idea of tapping into the sun’s power to provide electricity to households is increasingly more enticing to homeowners.

According to the Solar Energy Industries Association, over 3 million Americans have already shifted to solar energy use, buoyed by reduced costs over time. The most common way of harnessing the power of the sun is by using solar panels.

Also known as Photovoltaic (PV) panels, solar panels have been a proven technology for many years and are common on south-facing roofs across the country. More than ever, companies are providing panels with competing prices and designs to meet the growing demand and aesthetic needs.

However, not many homeowners are content with having panels cover their otherwise attractive roofs. As a result, a new trend in solar shingles – or solar roof tiles – is becoming a viable option for solar energy consumers.

Tesla introduced the first solar shingles back in 2005. They have only recently become available to the public for home installation.

So, with the option of having aesthetically pleasing solar tiles that generate more power with less bulk, are solar shingles worth the investment? How do they differ from traditional solar panels?

Here is a comparison to help you make an informed decision on the best solar technology for your home.

What are Solar Shingles and how do they work? 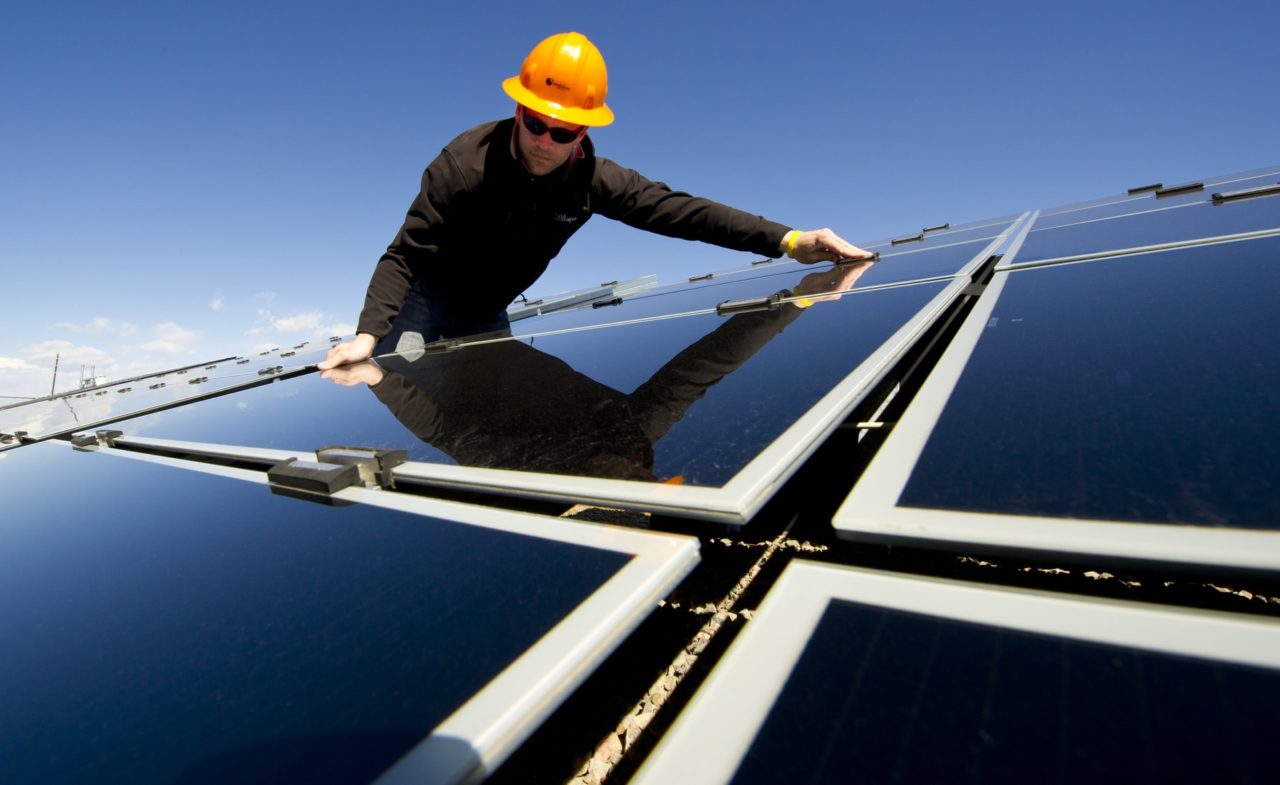 They are a relatively new solar energy solution often viewed as building-integrated photovoltaics (BIPV). This means that the roof shingles can utilize the sun’s energy to produce energy for your home.

Related:
3 Home Updates for Those with a Green Heart

In terms of power output, one solar shingle can produce between 13 and 63 watts of energy, depending on the brand. The output depends on the direction of the sun facing the roof tiles.

In the US, which is in the Northern Hemisphere, solar shingles are best placed facing south to get the most direct sunlight.

Solar shingles and panels perform the same function of converting solar energy into electricity. Still, these two technologies vary in certain aspects, which we’ve highlighted below:

The shingles snap together easily, making them quicker to install and requiring fewer holes in your roof.

However, solar shingles are limited when it comes to flexibility. They are installed to match the tilt of the roof, which means that if a section of the roof hardly gets sunlight, the output will be impacted.

In contrast, you can tilt solar panels to allow maximum absorption of sunlight, leading to increased output.

Another downside to shingles is that they have limited mobility. Unlike solar panels that are easily movable when relocating homes, solar roof tiles are difficult to uninstall and move to a new place since they double as the roof.

Solar panels have an upper edge over roof tiles in terms of efficiency. As mentioned earlier, you can tilt panels to absorb the most solar energy possible therefore increasing output.

On the other hand, solar shingles are limited by the roof’s angle, affecting its optimum conversion efficiency. Overhanging trees or other blockages obstruct sunlight, consequently interfering with electricity production.

Panels also boast around 22% conversion efficiency, while the roof tiles have an average efficiency rate of 15-20%. 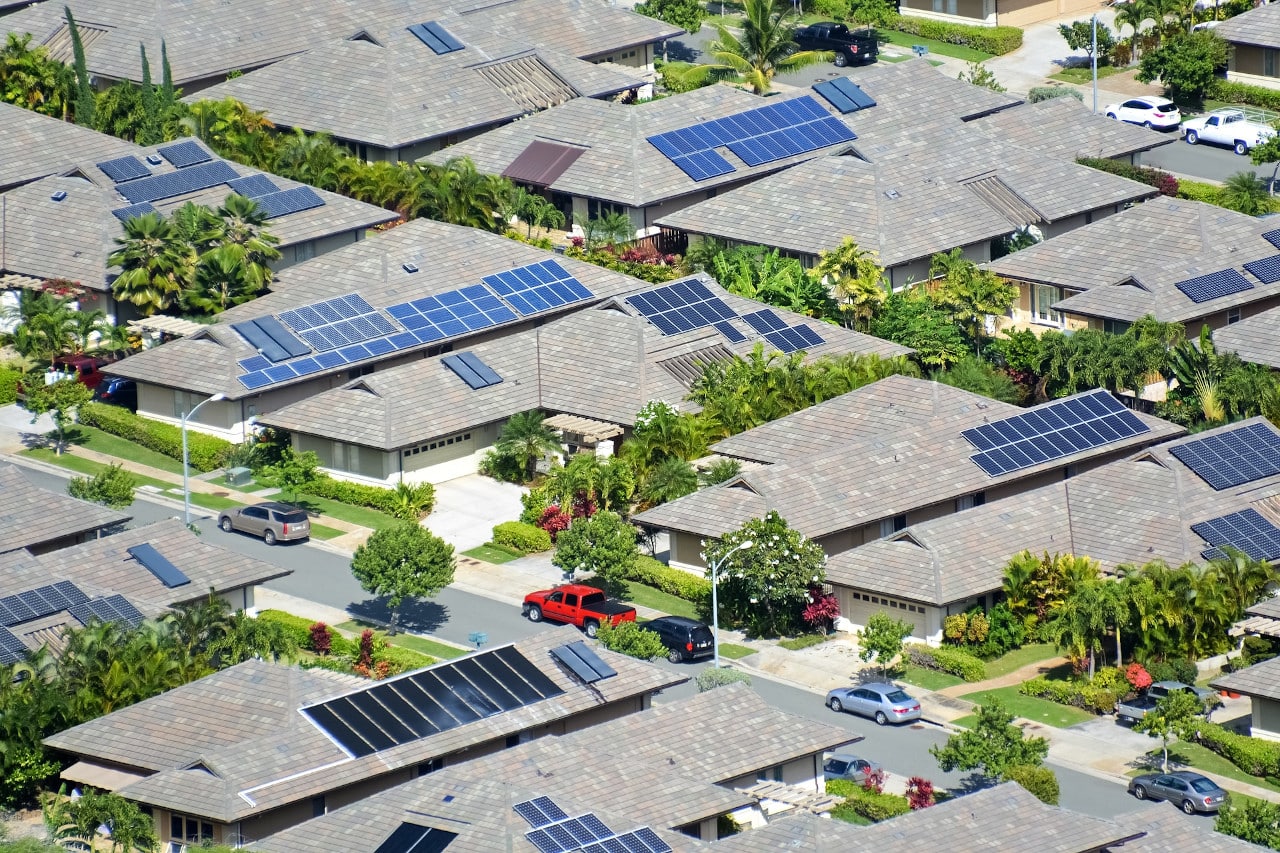 Both solar panels and shingles are built to last, but how do the numbers compare when it comes to longevity?

Solar panels are made to last between 25-30 years, with their counterparts also believed to last a similar period. In fact, Tesla, a major producer of solar roof tiles, claimed that their tiles have a lifespan of about 30 years.

However, unlike panels that have proven technology, solar roof tech is still new. As such, its longevity cannot be precisely determined.

Solar shingles also bear an attractive look when installed as a new roof or on top of an existing asphalt tile roof.

As for panels, they are built primarily for functionality; hence many people don’t like them for subpar aesthetics. They are large in size and may cover up the good features of an existing roof.

The idea of people switching to solar is mainly to save money. That said, solar shingles are more expensive than solar panels, given that they’re still a new technology.

They cost twice as much as solar panels. Depending on roof size and wattage, prices range from anywhere between $60,000 to $75,000.

Historically, the high prices of solar shingles were attributed to very few manufacturers in the market. However, that has changed recently with an influx of several producers resulting in cost-competitive prices.

Overall, the steep costs of solar tiles should not be a dealbreaker. There’s value for money in the long term compared to panels.

If you need to install a new roof, solar shingles might be more cost-effective than solar panels as they save you on labor and traditional roofing material.

Both solar systems have their benefits and downsides. But it is plain to see why most homeowners may still stick with solar panels as they are more efficient and pocket-friendly than solar roof tiles.

The switch from solar panels to solar shingles looks promising. As the number of solar roof tile suppliers rises and prices go down, solar energy consumers find it easier to make the switch.

Have you installed either of the two solar options at home? What has been your experience and what advice would you give to other people considering solar energy? Leave a comment below and tweet us @greenerideal