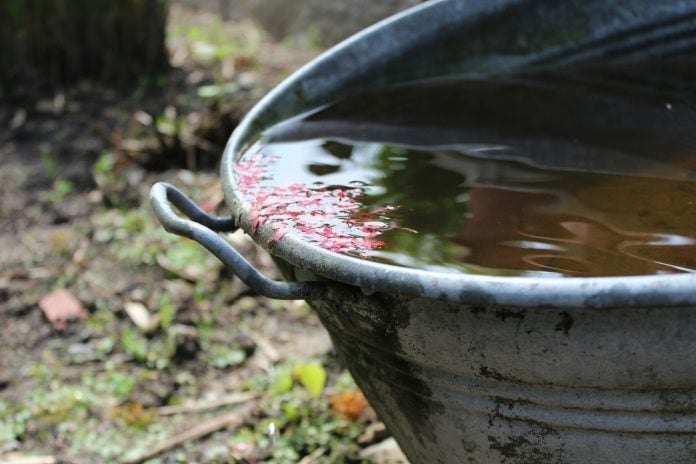 April showers bring us May flowers, so the saying goes – but they also provide homeowners with an ample supply of rain water that can be repurposed for your home or your yard, provided you know how to collect it.

In this article, we outline why every homeowner should have a rain barrel set up for rainwater harvesting, how to set up your rain barrel, some of the best uses for rainwater once you collect it, and some important information on the legality of rain barrels in some U.S. states (seriously – in some places, they’re outlawed).

When Spring temperatures melt the snow and ice-covered rooftops, all of the water run-off has to go somewhere.

If you’re a green homeowner, you’ve already got your rain barrel or other rainwater harvesting system in place to capture all that run-off, to save water and your wallet. If you don’t have one already, it should be at the top of your list of home improvements for the year.

Think about it: the average American uses 300 gallons of water a day at home. While only 30% of that is used outside, just by collecting the water that Mother Nature drops overhead could save the average homeowner between 30 to 50% on their water bills – and about 80% for commercial water bills.

Most of the water we use is flushed with our waste. According to the American government’s Environmental Protection Agency (EPA), 26.7% of our house water is used to keep our toilets flushing. Ironically, the next biggest consumer of water in our homes keeps us clean and fresh – 21.7% of our house water is used in our clothes washers followed by 16.8% use in the shower.

Putting Rainwater to Use 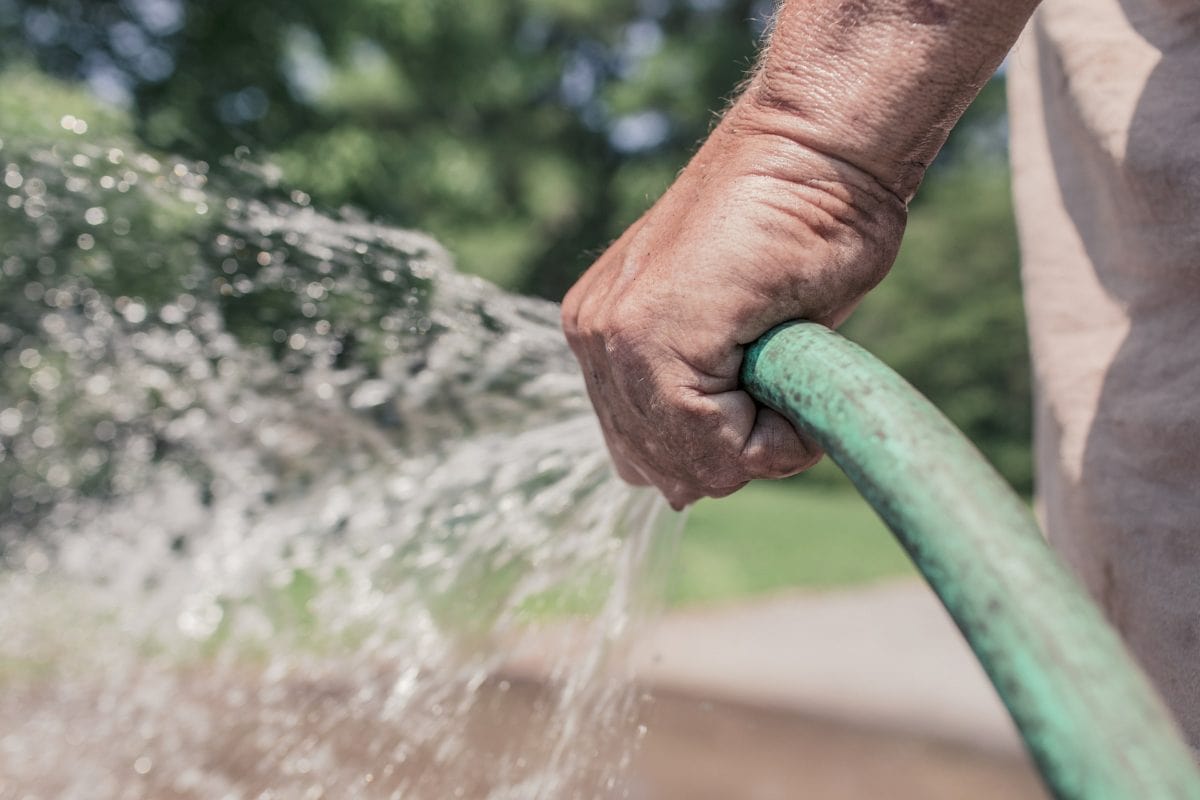 A rainwater harvesting system can be hooked into your home or businesses plumbing, and be put to use for both toilet water and clothes washing, which really saves on water use, and that can significantly drive down your water bill.

Most rainwater harvesting systems have a basic filter, preventing leaves and other small debris from entering the system. However, unless you go all out and install a water filtration and purification system as well, the stuff you collect is not safe for drinking water, and you should avoid showering or bathing with it as well.

Rainwater is supposed to act as a recycled substitute for potable water from plumbing systems, and should be used for only for cleaning and flushing.

Collecting rainwater will ensure you’ll have the greenest lawn, regardless of water shortages and their consequential lawn watering bans from municipalities. Using rainwater to water your lawn will save your lawn during a hot summer, and will save on your water bill too.

Due to its low mineral content, rainwater can be used as an effective cleaning solution for windows and cars. Other uses for captured rainwater include cleaning driveways and yards, watering your garden in addition to washing your clothes and in-toilet systems.

How to Recycle Rainwater for Use at Home 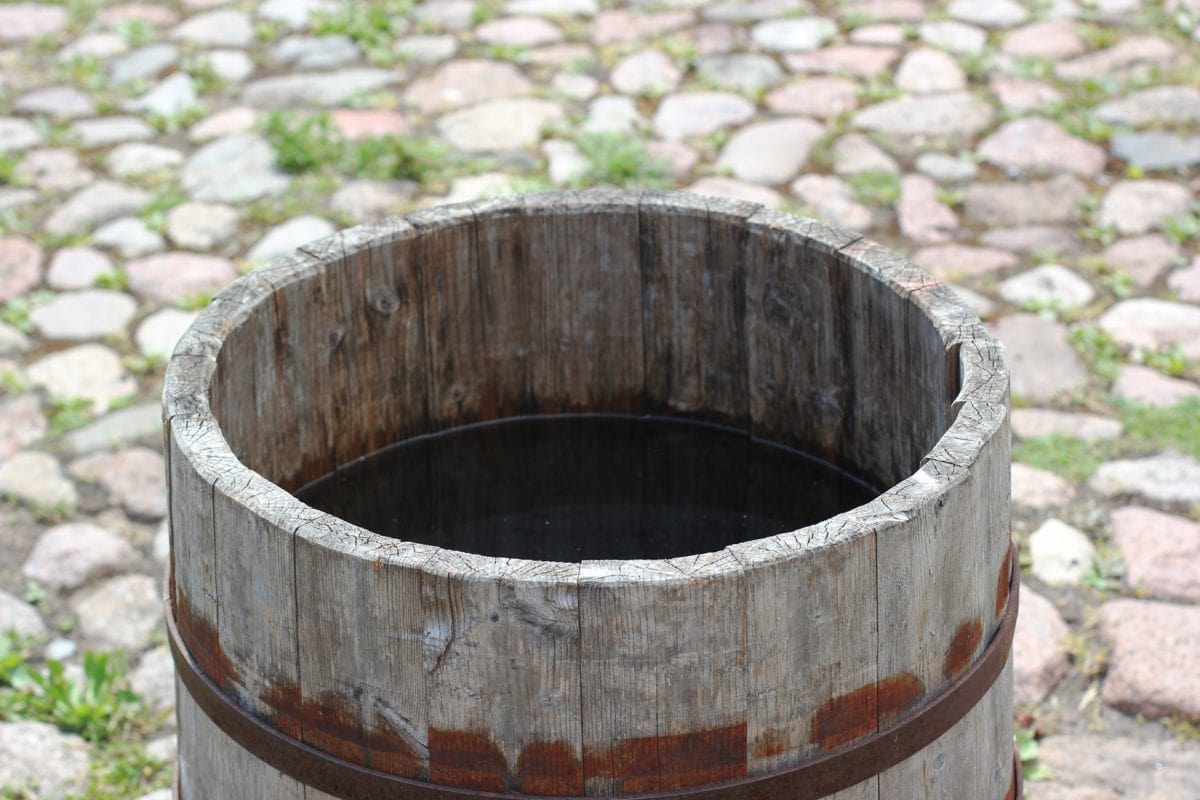 A typical rainwater harvesting system has a storage tank fitted to your stormwater drain, which captures rain water run-off from your roof. The run-off water enters the tank through a filter which removes leaves and other small objects.

Storage tanks can be buried under your driveway, garden, or front lawn, or be kept above ground, depending on your preference.

Planning permission may have to be sought for any underground tanks that affect existing sewerage systems for an area, as well as for any significant changes to plumbing systems. The size of a tank, and its long term use, will also depend on how much space you have for storage.

Filling a large tank is recommended if you expect there to be a drought, making a good supply of water essential for providing an alternative to any other shortages.

The tank has a pump that pumps the water through a separate series of pipes that lead to your toilets and outside taps.

If you use this sort of system, there is a float in the tank, similar to the one in your toilets, which automatically triggers a valve to open and fill to a minimal level from the house’s water main so that the tank never completely empties. This way, you’ll always have water for your toilets and clothes washing machine, even during low rainfall periods.

However, the typical household rainwater harvesting system can capture about 100,000 litres of water – so you shouldn’t ever run out.

When to Start Collecting Rainwater

And the best time to start collecting rainwater is when the snow and ice melts and runs-off in the spring – though some have been doing so all winter long.

In cold, wintry climates, you can purchase heating cables that keep your gutters and rainwater harvesting systems flowing even in the coldest of winters.

This not only helps you save water all year round, because you’re capturing melted snow and ice, but also prevents ice dams from forming, which can cause damage to your roof.

Rainwater storage tanks should be fitted with secure lids, which will prevent children from tampering with them, as well as restricting the chance of animals breaking into containers. Sealed tanks will also help with the oxygenation process for stored water.

You may also have to regularly clean filtration devices for your tank if they become blocked with debris. Calming inlets can also be installed to prevent blockages caused by heavy water flow.

The Cost of a Rainwater Collection System

A rainwater harvesting system with all of the bells and whistles could run you a few thousand dollars to set up and install, but you don’t have to start with something so extravagant.

You can simply buy a rain barrel for about $50 to $75 from your local hardware store or on Amazon, fit it underneath your gutter’s run-off, and for another $5 – $15 for a watering can, scoop out collected water to keep your plants well watered.

Every little bit helps, you and our planet, even if you’re capturing rainwater on a budget. 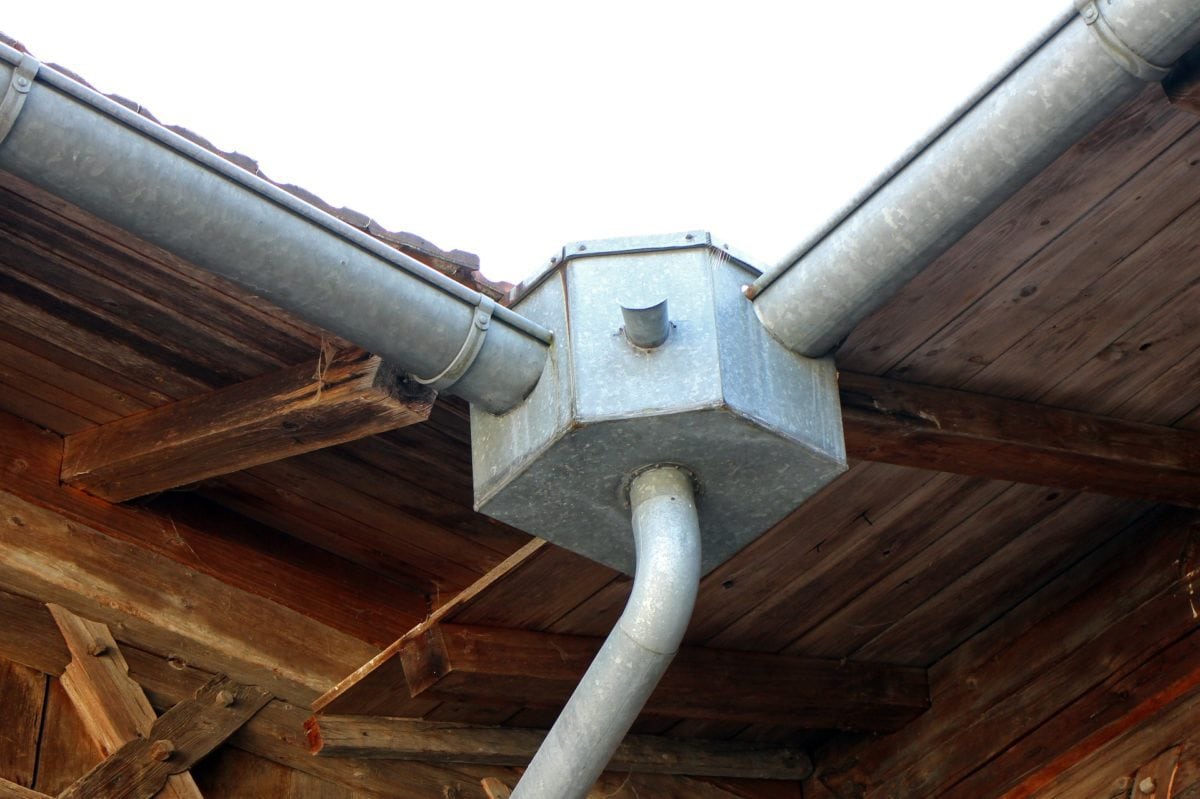 In the recent years where there has been drought and water supply shortage, state laws have decided to take action by legislating the collection of rainwater in households.

These laws are intended to regulate the practice of rainwater harvesting – that’s right, collecting rain from the sky is restricted in some US states. If this bothers you, we suggest that you speak to your local member of congress.

This article will not go extensively into these laws but it will give you an overview of which states are allowed or prohibited to harvest rainwater as well as some exceptions.

States with exceptions on harvesting rainwater:

All other states give the green light to harvest rainwater. 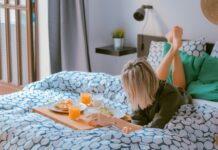 How to Live Green on a Budget 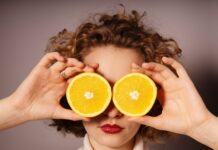