We learned in grade school that plants clean the air with photosynthesis, which explains why being outdoors often feels so refreshing.

But why not bring that refreshing feeling into your home?

You’d be surprised by the amount of toxins found in your home, but plants can rid the air of those chemicals, leaving your home with the clean air typically found outside.

Aloe is one of the best plants you can have in your home. It cleanses the air in your home of all sorts of toxins—particularly formaldehyde and benzene.

Now, if you’re wondering where your house would pick up a carcinogen used in embalming fluid, that’s simple—formaldehyde is found in far more commonplace things in your household, like cleaning products, furniture, and toilet paper.

Similarly, benzene is found in plastic and detergent as well as paint and glue. This means just about every home has these air contaminants, without even realizing it.

Arguably, aloe’s best trait is the fact that it can let you know if there’re too many toxins in the air to clean by itself. Spots form on the leaves to tell you it needs help.

Then you can add some more plants (perhaps even some more aloe) to the room to help purify the air more.

I don’t know of any other plant that can communicate that kind of signal, but it’s useful.

The peace lily is another plant that specializes in absorbing both formaldehyde and benzene, but it also helps out with other carcinogens like trichloroethylene (found in adhesives and paint removers) and xylene (found in gasoline, leather, and paint thinner), as well as other, non-carcinogenic toxins like ethyl acetate, acetone, and ammonia.

It’s one of the best plants to have in your home if you or someone else is a smoker, because its purifying specialties include nearly all the toxins produced from cigarette smoke.

The peace lily is pretty easy to take care of, too. Keep it in a shady, cool area, water it once a week, and it’ll thrive. Doesn’t get much easier than that.

Gerbera daisies love light, so you’ll want to put them in a window that gets a lot of light.

Not only that, but they’re so colorful that they’ll brighten up any room you decide to put them—and they’ll be useful pretty much anywhere, since they absorb trichloroethylene and benzene.

If you get a lot of your clothes dry cleaned, you might want to consider buying a gerber daisy for your home to help out with the chemicals brought into your home from the dry cleaners.

The Chinese evergreen is an adaptable plant. Where some plants will purify the air naturally, but be particularly good at absorbing only a few certain chemicals, the evergreen adapts.

At first, it’ll target all pollutants, just like any plant, but as time goes on, it will start targeting the toxins found more prevalently in your home. It’s incredibly easy to care for, requiring simple low light conditions.

However, the one problem with the plant is its toxicity to cats. Because of this, if you own a cat, you’ll probably want to find a different plant rather than risk the health of your animal.

Don’t continue living in a home filled with harmful chemicals. Get one or more of the above plants to start purifying the air in your home, and then you can really start living a refreshed life. 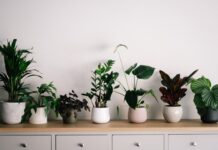 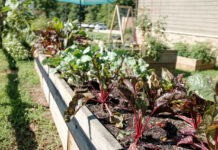 Starting Your First Garden? Follow 6 No-Fail Tips to Create Your Own Oasis 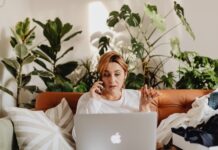