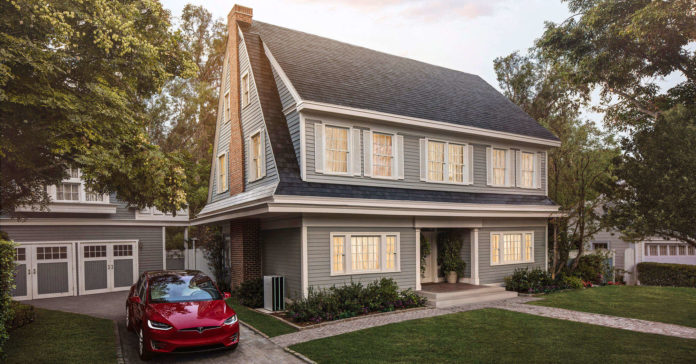 Here is an inconvenient truth that advocates of alternative energy sources are reluctant to admit – traditional solar panels can be a bit of an eyesore.

Especially in a residential setting, bulky solar panels may detract from the aesthetic of any house, no matter how much the owner tries to convince you otherwise.

Think about the streets in your neighborhood, and ask yourself how many of the homes actually have visible solar panels, and you will quickly realize that they are not very popular.

However, you can still have all the benefits of solar power in your home without disfiguring it. Thanks to advances in solar technology over the last decade or so, there are now alternatives to traditional solar panels.

Specifically, building-applied photovoltaics (BAPVs) are a discreet way of installing solar technology in your home – no one will even be able to detect them.

For example, they are often applied to flat roofs in the form of a flexible polymer roofing membrane that includes a thin film solar cell.

They are also built into the façades of many new commercial buildings, and are commonly retrofitted when old buildings are upgraded.

There are also transparent and translucent variants that can be directly applied to windows and skylights in commercial buildings, turning vast expanses of glass into miniature power plants.

From a residential perspective, you can get BAPVs that are shaped like multiple roof tiles, and there also individual solar shingles that behave and look like regular shingles.

Related:
How the U.S. Military's Green Initiatives Could Reduce Casualties

If you are contemplating having your roof replaced at any point, then this is an option that you should seriously consider.

However, you do need to keep in mind that the amount of energy that a BAPV will generate depends on how much the sun shines where you live.

For instance, the energy output that you will get if you live in Redmond, Washington, will differ significantly from what you would get if you lived in Phoenix.

If you want to get more information about exactly what you can expect, then it is a good idea to talk to a roofing contractor or a contractor in the area you live.

There are also other benefits to installing solar shingles on your roof. To start with, they absorb ultraviolet light – which is how they generate power – and this in turn protects the insulation and membranes on the roof from ultraviolet degradation.

They are also typically a dark blue-purple color, so they look very similar to regular shingles and give the roof an attractive appearance.

New developments in solar shingle technology allow for solar shingles to be produced in nearly any colour or shape, making it nearly impossible to tell the shingles have PV technology built into them at all.

For example, the solar roof options unveiled by Tesla, pictured below.

There may also be government subsidies and concessions available to you if you install solar shingles or any other BAPV. However, these vary depending on the state where you live.

To find out the incentives available in your state, take a look at the Database of State Incentives for Renewables & Efficiency (DSIRE) or contacting a local solar provider in your area.

Everything you need to know about BAPVs