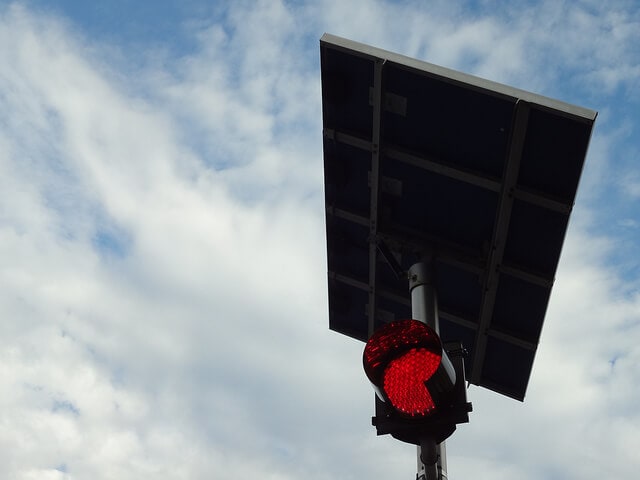 Solar energy has been around for over a century, but only in the present has it increasingly become used for everyday tasks. With the solar energy industry growing at a rate faster than any other energy resource industry, solar energy has become efficient and capable of supplying power needs to a diverse amount of objects requiring electricity. In this article, the positives of using solar energy for indoor lighting will be explored. By researching the capabilities of solar powered indoor lighting, house-owners can choose this alternate option in illuminating their indoor settings and know that it’s saving them a fortune in the long term while lending a hand to the environment.

Energy that Lasts, Illumination that can be Moved

In the past, one of the biggest complaints of solar energy has been the battery life in electronic objects. Even with a full charge, solar powered objects may only last an hour to three hours per charge at the most. However, solar energy has become dramatically more efficient than in the past decade. Solar lamps, which can be powered by small portable panels outside and then brought indoors, can last up to 35 hours per charge. Whether you decide to bring them indoors as modern décor or lighting at night, solar lamps are a great choice in cutting down the long term costs of your utility bills. As popularity has increased, there is a wide array of solar lighting products available to fit any decor, inside or outside.

Play Your Role in the Environment by Using the Sun

Fossil fuels, coal, and oil are diminishing sources of energy that pollute into the atmosphere and local environments. Whether it’s the consideration of the drilling and digging to attain the energy, or the burning of them to create energy for other utilities, these energy means cannot be sustained over time. Solar power is a renewable source of energy- the sun will never disappear with use.

Saving the Green In More Ways Than One

Converting to the usage of solar power for indoor lighting will quickly see you cutting down energy costs by a small fortune each month. While the installation of solar panels on rooftops and networking the lighting may carry a significant initial cost, this alternate choice of indoor illumination will see you saving money in but a few years. As natural gas prices continue to rise, solar power will increasingly become an attractive choice due to its lack of a running long term cost. Keep the green in your pocket with the helping hand of the sun.

Government Incentives make it Beneficial to Use Solar Power

In many states and countries, energy efficient households qualify for energy rebates and tax credits that’ll put funds back into your pocket. Government grants can range anywhere from a few hundred dollars to many thousands depending on the efficiency level. States such as Oregon even offer up to 80 percent of the original investment, meaning you’ll be saving long term energy costs for a minimum investment!

An Energy Source that can be Sold Back

While house owners may choose to invest in off-grid solar power for their indoor lighting needs, grid-tied solar systems, meaning they’re connected to a utility company through power grids, can actually be used to sell back the energy that has not been used. So if the average house owner chooses to use solar power simply for the task of indoor lighting, he or she may find kilowatts of energy that have not been used. By being connected to a utility company, the excess energy is sent to them to be used by other households. This in turn earns you energy credits that’ll go towards your electrical bills, cutting them down to a mere few dollars per month.

While using solar energy for indoor lighting may seem difficult to invest in due to its initial costs of installation, the positives significantly outweigh the negatives. By using this alternate method of environmentally friendly energy to supply indoor lighting means, the average owner will find monthly costs dwindling in the long run, making investments worthwhile.