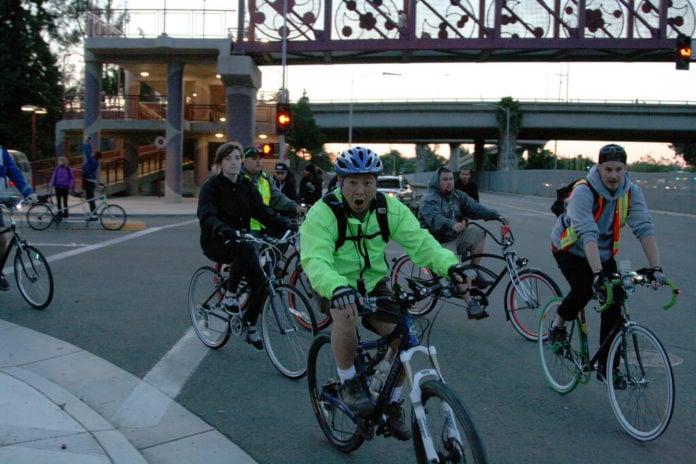 If you’re an avid biking enthusiast, you’ve probably read many articles about bike safety that cover the basics, like wearing a helmet and the pre-ride safety checklist. It’s easy to be lulled into thinking that wearing a helmet is the most important thing you can do, and that once it’s on, you’re automatically safe. Yet, this sense of security fails to take into account the vehicles you share the road with. As you head out on your bike this spring, make sure you are taking precautions not to get hit by a vehicle.

A crash at a controlled intersection, such as a parking lot or a road with a stop sign, is the most common type of bicyclist/motorist crash. These crashes occur because the motorist doesn’t see the bike before pulling out into the intersection.

This crash can occur when the cyclist pulls out in front of a car before it turns or when the cyclist cannot stop and slams into the side of the car. Either way, the results are serious. To avoid this type of collision, try these tips:

Remember, to avoid this crash, you need to get the motorist to see you. So take precautions to improve your visibility, and you’ll be in better shape.

Collision in a Crosswalk

When you ride on a sidewalk and need to cross the street, you’ll likely do so at a crosswalk. However, if a car makes a turn at that intersection, it will slam into you. Drivers don’t expect bikes to be in the crosswalk, so they aren’t going to be on the lookout for them. Here’s what to do to avoid this collision:

Sometimes riding on the sidewalk makes sense, but always use caution when crossing the street. Have the attitude that the driver doesn’t see you so you will be prepared for any behavior that occurs.

Hit While Driving Against Traffic

Driving against traffic sometimes seems logical. After all, the oncoming drivers will see you coming and therefore will not hit you. There’s one problem with this strategy, though, and that is intersections.

When a driver is turning right, he is going to look in the direction of the oncoming traffic, not necessarily the direction he’s turning. When he turns and you are in the intersection, you’re hit. This makes this strategy three times as dangerous as riding with traffic. Avoiding this collision is simple: ride in the same direction as traffic.

Getting Hit by a Door

If you are riding along a road with parked cars on the curb, you can collide with a suddenly-opened door quickly. While this might sound like something humorous, it’s actually quite serious. In fact, if you’re traveling fast enough, it can kill you.

In order to avoid this collision, don’t ride too closely to parked cars. Ride farther out to the left, even though that puts you into traffic a bit. Remember, drivers behind you can easily see you, so you’re more likely to run into a door than you are to get hit from the rear.

Stopping at a red light seems like it would be a safe thing, but it’s actually the recipe for a crash. If you are to the right of a car, you’re probably in the car’s blind spot. When the car starts moving, you are at risk. If the car turns right, you’ll almost definitely get hit. Here’s what to do to avoid this situation.

Always assume the car doesn’t see you. Be proactive and position yourself for maximum visibility to avoid a collision.

Bicycle/vehicle collisions often have devastating consequences, even when helmets are worn. As you hit the streets this summer, do what you can to avoid these collisions, and you can avoid potential tragedy. If you are injured in a crash with a vehicle, seek legal help to see if you are due compensation.