Greener IdealHelping you live sustainably
More
Home News Energy Should I Boost My Solar System with Gas or Electricity? 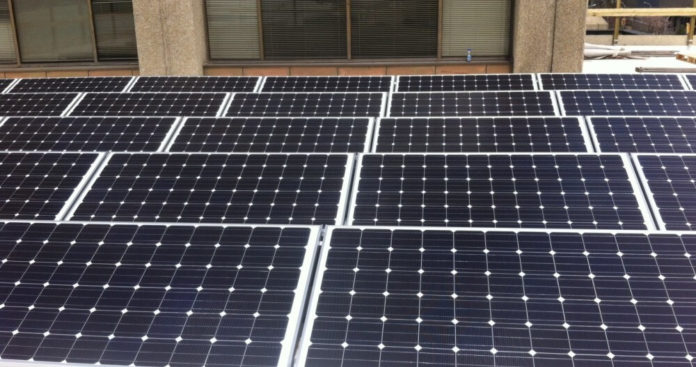 Whether you have added solar power to your existing home or designed it in as you built, the question frequently arises; what other type of energy should be used in tandem with your new solar power system.

It would be nice to just survive on solar power alone by virtue of solid design and planning ahead. Unfortunately, the reality is that many of the yearly solar panel applications throughout the United States are only intended to be a partial source of power. This could be due to cost, or due to the installations covering a fixed use, like lighting or a pumping system. It could also be that the weather won’t cooperate for much of the year. There was a couple in sunny Southern California that put an array on their beachhouse roof during the Summer months. The power was adequate for almost complete coverage. When winter came around, they noticed that the sun was blocked out by the adjacent condo building due to the Earth moving along a different angle. They lost at least 4 hours a day of sunlight and had to end up using the already installed electric power during the winter months.

Even for those people that have enough solar power to comfortably run their home, choosing an alternative source as a backup can be a smart decision. Many vacation homes make do with a woodstove or fireplace to complement the heating scheme. For those that live in their home full-time, deciding between gas and electricity is an important decision.

Proponents of choosing gas as an alternative point out that it can be used for cooking and heating water much more efficiently than electricity can. The costs of natural gas, propane, or other types of gas provided to homes is also normally beneath that of electrical power. Gas is also efficient in heating rooms, and can be made portable if the gas line is installed. Portable tanks are available for purchase in every major metropolitan area. Thus, someone who doesn’t want to pay a hookup charge to the gas company every month to maintain a connection that isn’t used every month of the year, can use portable containers or tanks as an alternative.

One reason to consider electricity is that it requires a lower cost of installation than gas for homes that already contain solar power systems. Additionally, if your major appliances are already electric, you don’t need to replace appliances in order to augment your solar power system with electricity. Another positive, is that if you decide to add more solar to your house, you can utilize electricity lines that have been installed to provide a boost in power without having to add more.

Contemplating making the move to solar energy? Solar Market has some terrific information to read up on before speaking with any solar installers.