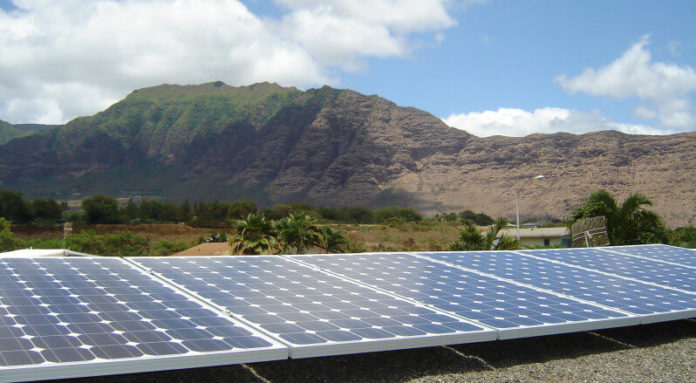 It’s often been said that the Inuit language contains hundreds of words for “snow.” While this turns out to be a lost-in-translation misconception, those speaking English could learn something from the idea of applying distinct names to objects with subtle differences. When we don’t, we end up with confusing terms such as “solar panel” that refer to a variety of different types of technology.

We asked the experts to clear up some of the mystery around solar panels and solar energy questions.

A: When most people say “solar panel,” they mean “photovoltaic solar module.” But this type of solar panel, called “PV,” is only one of three common types of solar panels. To avoid confusion, try using the term “modules” in reference to PV panels. This helps to distinguish them from the other two types of panels, both of which are solar thermal solar collectors.

Here is a Venn diagram depicting how the three major classes of solar panels are related. 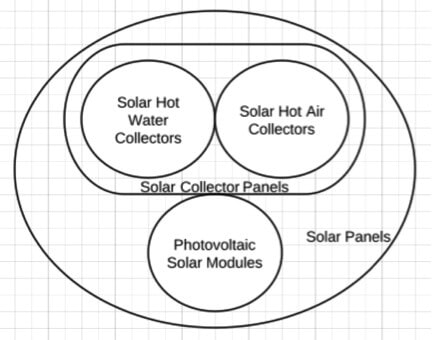 So, the answer to the original question is something like this: a solar panel is a device that uses energy from the sun to accomplish an energy-related task.

A: Photovoltaic modules convert light energy from the sun into direct electrical current. They’re installed as part of a solar electric system, which typically includes other equipment such as a power inverter and charge controller. Batteries can be a part of the equation too, depending on the system design.

Most residential PV installations are “grid-tied.” This means that the power generated by the system is a supplement to conventional grid power. Some utility providers will purchase electricity from residential homeowners when more power is being generated than what is being consumed. These “net metering” systems will not, however, keep the lights on if the grid power is interrupted.

Consider: if the power goes out, linesman and utility workers working on downed power lines will expect them to be free from live current. On a sunny day, your system would still be producing and sending power out into the downed lines, risking the lives of the utility workers. For that reason, grid-tied systems incorporate an automatic cut off when the grid goes down.

Off-grid systems use banks of batteries to store power produced during periods of sun for use at night and on cloudy days. With this type of system, you would be able to keep your power if the electrical grid was down, because you’d be producing all of your own electricity and not be connected to the grid.

Q: What do solar collector panels do?

Solar hot water collectors come in a few different styles, but the basics are the same. A fluid such as antifreeze is circulated through a long loop that passes through the various components of the solar thermal system. Often starting at an insulated hot water tank, the fluid is pumped up to the roof mounted collectors, where it flows across a network of small channels in the panel that are exposed to the rays of the sun.

Solar hot air collectors operate similarly, but no plumbing is required and there obviously is no hot air storage tank! Mounted to an exterior wall or on the roof, the panel works by bringing air into the cool bottom part of the collector through a vent into the room.

The air absorbs heat stored in the metal surface of the collector panel, and, since heat rises, the warming air travels up the panel to the top vent where it is returned, newly warmed, to the room. Though the natural tendency of heat to rise allows some units to work passively, others are equipped with thermostatically controlled fans to encourage the air to move more quickly.