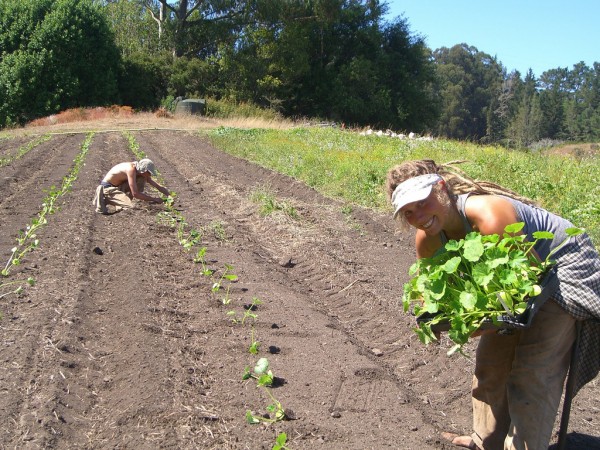 Food independence refers to an individual or communities right to produce and distribute food without government intervention or control. Also inherent to the food independence movement is a desire to remove the power of food production from vast international corporations and place it back in the hands of ordinary people. Food independence can be realised as an individual as a family unit or as a community, the ideal of self-sufficient living and independence from centralised bureaucracies is fast growing in popularity.

Thinkers from around the world believe that achieving food independence is not only necessary to improve the quality of our food but to ensure the protection of human health from industry practices. The numerous health concerns cited by experts who support food independence include the use of genetic modification, the saturation of produce with chemical insecticide and fertilisers, the overly early harvest of produce leading to diminished biochemical value and the constant choice of profit over nutrition. It is a well known fact that the agri-businesses of today are producing substandard food using a production process which is highly damaging not only to human health but to the environment as a whole.

In addition to the health concerns there are numerous social and moral issues surrounding food supply. A pertinent example is the over reliance upon imports from countries where labour standards and environmental protections are virtually non-existent. Even if the international scope of the moral issues inherent to the topic of food supply are not enough to inspire action, the complete dependence which the domestic population has on such a small and powerful group of corporations is a cause for concern. It is well-known that supermarkets can run dry within 24 hours of any major disaster. Not only this but governments around the world have a record of complicity in aiding the proliferation of bad food practices, this is especially evident in the rise of genetically modified organisms despite a plethora of evidence that GMO’s cause cancer and sterility.

It takes a great deal of organisation and planning

Becoming food independent is not something that should be approached lightly, it requires a great deal of patience and organisation normally achieved within a highly motivated group dynamic. In the long term however the benefits are huge, if food independence keeps growing in the manner that is presently we will witness profound changes in social dynamics and in our attitudes to consumption. Successful examples can be found from across the globe, in England the town of Todmorden is four years into its quest for self-sufficiency and easily on track for its target date of 2018.

It Really Is Happening

The idea has spread like wildfire as a perfect storm of political, health, ecological and economic issues is causing a new Renaissance in food values. Communities want fresh organic produce with minimised social and environmental impact.

There are already thousands of food independent families, communities and townships within the United States and hundreds of towns, in reference to the declaration of Independence, issue declarations of food independence every year. It remains an issue where people of any political persuasion can find common ground. Whether domestic self-determination is your goal or the environmental aspect of global food production worries you, folk of all political creeds will find working together to maintain their own basic needs is a great way to create a better community and a better world.