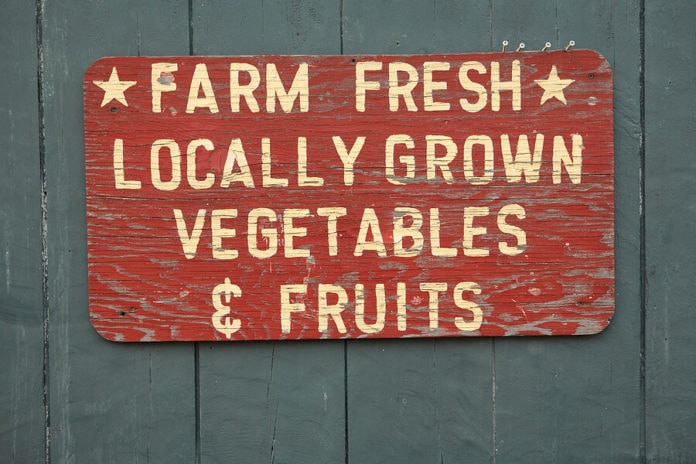 After the 80s, a decade celebrating plastic culture and artificial foods, health issues have become increasingly important. A regular visit to the gym has become just as natural as watching one’s weight and avoiding too much fat and red meat. One of the current trends in this regard are organic foods, meaning foods produced using purely natural techniques and strictly avoiding synthetics and fertilisers. Although organic food has become more popular in recent years, its growth has been somewhat stilted by its accessibility. Still today, many in the UK claim they would love to consume more of then, but are put off switching to organic as they believe that buying organic will be too expensive. Their concern is not entirely beside the point. A study on Organic.org found that organic products were 42% more expensive at the local shop. At the same time, organic foods have long left their relatively small niche and have infiltrated the mainstream. Which means it is certainly worth the effort to take a closer look at the phenomenon.

What are the benefits of organic?

It is widely believed that organic foods are healthier than conventional foods due to the methods of production used. Chemicals and pesticides are not used in organic farming methods, and research has found that organic products actually contain a higher amount of antioxidants and vitamins. The key to the health-effect of organic foods are the micronutrients found in them, which can protect your body against a variety of illnesses, from something as trivial as a cold to terminal diseases like cancer. Studies have found that those who eat mainly organic food also have healthier skin and teeth.

This makes the idea of switching to organic appealing, but, as mentioned, in the current economic climate, many are understandably concerned with saving money and do not wish to increase the cost of their food bill. And yet, the question of whether organic foods are really by default more expensive than traditional ones is not quite as clear as one might suspect.

First off, it is quite intriguing to research why organic foods should be more expensive in the first place. The most simple explanation is that organic food involves more work. More labour is often required in organic farming, and the yields can be lower than that of conventional farming. For example, organic meat is not mass produced so the animals are given more living space and higher ‘welfare’ standards. This naturally increases the cost of rearing them. As pesticides aren’t used there is also more manual labour required to keep the crops healthy. There is a high cost involved initially when a farm is converted to organic production, and this is quite a lengthy process.

However, the difference in cost of organic as opposed to conventional can vary, depending on where it is purchased and the type of product. A price comparison carried out by The Soil Association has found that some organic products are actually cheaper than premium brands for the same product. And the aforementioned study by organic.org, stressed that at natural food stores, the prices were similar to those of conventional food. Some organic brands are furthermore trying to make their products more accessible by making them available at a cheaper price. With the growing popularity of going organic, new strategies are being put in place in an attempt to reduce the costs of organic food production.

Is it worth switching to organic?

There are many benefits to choosing organic products. Other than the possible health benefits, it is also believed that organic methods are better for wildlife and the climate. Organic food can be found at reasonable prices by shopping around, and many feel that the potential benefits of organic food would make it worth paying a little extra. You also need to take the long-term effects of living a more healthy lifestyle into account. More healthy food can support a better health, which, in turn, can mean less visits to the doctor and less severe illnesses. You will thank yourself for your foresight later in life.

The price of organic food has fallen over recent years, as more people are buying organic and the supermarkets are competing for their custom. Although in some cases organic products can be more expensive, the different in price isn’t always that significant, and organic prices may continue to fall over time. What all of this means is that, rather than saving on food quality to make ends meet, you should instead keep an eye out for alternative banking options to improve your budget to be able to afford organic foods. A guaranteed bank account is a perfect tool in this regard. It can help you get out of debt, get your finances in balance again and help you stick to your monetary goals. With such an account, you can truly leave the 80s behind and begin a both financially and physically more healthy life.