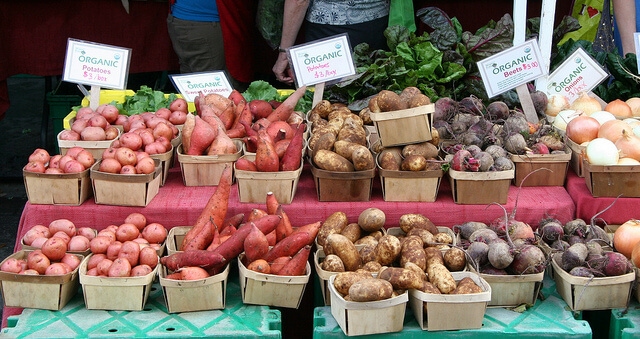 So you decided to go organic … Brushing aside some of the exorbitant costs, all in the name of good health. But is dishing out the extra cash worth it in the end?

According to researchers at Stanford University, it really isn’t.

A new study suggests eating organic produce and meat isn’t really any better for you than conventional food when it comes to vitamin and nutrient content. You’re not really getting that nutritional edge, although organic foods do reduce exposure to pesticides.

The team reviewed more than 200 studies that compared either the health of people who ate organic or conventional foods. Or, more commonly, nutrient and contaminant levels in the foods themselves. The foods included organic and non-organic fruits, vegetables, grains, meat, poultry eggs and milk.

Scientists note there were no consistent differences in the vitamin content between organic and conventional produce.

However, more than one third of conventional produce had detectable pesticide residues, compared with 7% of organic produce samples. Organic pork and chicken were 33% less likely to carry bacteria resistant to three or more antibiotics than conventionally produced meat.

Crystal Smith-Spangler was the lead researcher of the study, which was published in the Annals of Internal Medicine. She told Reuters Health that it was uncommon for either organic or conventional foods to exceed the allowable limits for pesticides anyways — so it was not clear whether a difference in residues would have an effect on health.

Organic foods are grown and harvested without the use of synthetic pesticides and fertilizers. Nor do they contain growth hormones, antibiotics and artificial additives. Organic livestock are fed organic feed and are given access to the outdoors, fresh air and sunlight.

Despite this most recent study, buying organic food is really a personal choice. One that’s based on availability in your area, price point and personal values.

In Canada, all foods labelled organic must follow strict production standards and be certified by an accredited certification body. Only those foods that contain at least 95% organic ingredients can be labelled as “organic”.