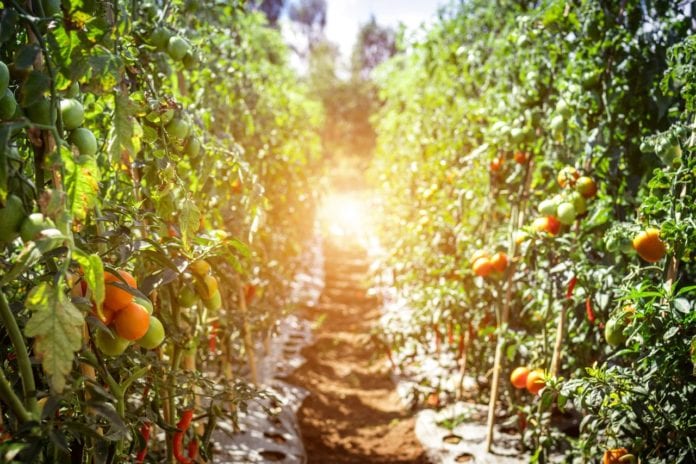 A team of over 300 scientists has successfully mapped the genome of the ever-popular tomato. An international task spanning 14 international countries, the researchers wanted to bring the backyard tomato’s classic, home-grown taste back into the supermarket variety. They have high hopes that this information will bolster the fruit’s global industry, which already makes upwards of $40-billion annually.

The question of taste, according to the researchers, is not simply a matter of preference. Modern-day tomato farms use natural gene variants that extend shelf life by slowing down the ripening process. However, since flavour development is closely tied to ripening, the tomato’s overall taste suffers; the fruit has only partially processed its flavours before it is picked off the vine.

Full knowledge of the tomato genome means being able to locate the specific genes that affect taste. This way, they are able to manipulate the tomato’s taste separately from its ripening process, creating a tomato that is both long-lasting and delicious. For once, stipulates the scientists, quality does not have to be sacrificed for the bottom-line yield of the crop.

What might put a stop to the researcher’s celebration is the growing concern for genetically modified (GM) fruit, especially in light of public backlash against the Monsanto company. One of the world leaders in GM food, Monsanto is best known for creating robust, pest-resistant crops by splicing the pesticide-creating gene of a bacteria (Bacillus thuringiensis) into its DNA.

Recently, Monsanto and its products are being linked to several agricultural disasters: the steep die-off of GM-pollinating bee colonies; the growing population of “super” bugs, which are resistant to most conventional pesticides; the rising number of people who are found with traces of pesticide in their bloodstream. Due to these risks, countries such as France have tried to outright ban the use of Monsanto crops from their member states.

Related:
Pushing back the organic movement

What this amounts to is a lot of negative potential for the tomato in the future. The mapping of its genome opens the door for GM companies, Monsanto or otherwise, to manipulate the tomato with better – and, should we say, ‘deadlier’ – accuracy.

This is, of course, simply speculation. The genome could very well pave the way for better conventional breeding techniques, as is the hope of the 300-some scientists. However, conventional breeding is still a relatively slow, uncertain process in relation to genetic modification. Knowing how much the business model is preferred over the sustainable alternative (especially in these tough times), the ideal just might be pushed for the profitable.

Despite knowing all there is to know about a tomato’s genetic make-up, its future is filled with much uncertainty. Regardless of the outcome, one thing is for certain: if you want to eat fresh, bold tomatoes, the best place to look is in your backyard.