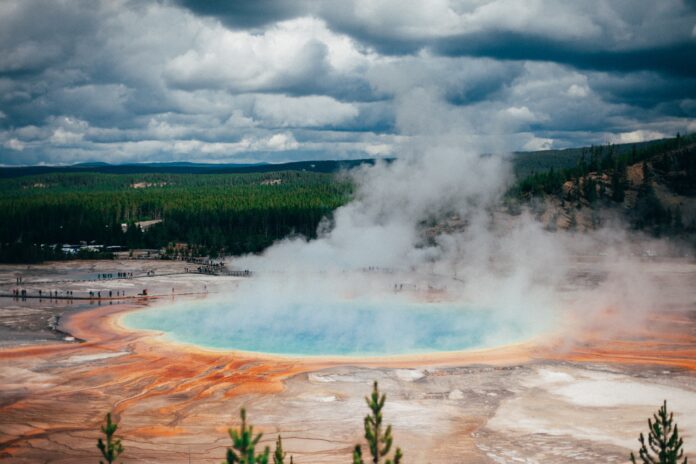 Geothermal energy is renewable energy generated by tapping into the heat of the Earth’s molten core. This thermal energy can be used to generate electricity or to heat and cool buildings.

Geothermal power plants work by pumping water deep underground, where the Earth’s hot rocks heat it. The steam produced by this process turns a turbine, which powers a generator and produces electricity.

The Earth’s inner core is substantially hotter than the mantle. Heat flows continuously from its interior to the surface. It transfers to the atmosphere, oceans, and continents at the surface.

This type of energy is a clean, sustainable resource that produces no greenhouse gases or pollutants. Additionally, geothermal power plants can be built in various locations, making them a versatile source of energy.

Although geothermal energy is a relatively new technology, it has excellent potential to become a significant player in the global energy market.

Geothermal power is generated by tapping into the heat of the Earth. Deep below the surface, the Earth’s mantle is heated by the Earth’s core. This heat is transferred to water and rocks, which can be used to generate electricity.

Water is necessary to carry the heat from the Earth’s surface to the turbine generators. Cooling towers are used to cool the steam to reuse it in the process.

Geothermal plants generate electricity by tapping into the Earth’s natural heat. The technology has been used for space heating since the early 1900s and for electricity generation since the 1970s.

Currently, the largest geothermal power producers are the United States, the Philippines, Mexico, Indonesia, and Italy. These countries boast well-established geothermal industries that have provided clean, renewable energy for decades.

However, several newer players are quickly making a name for themselves in the geothermal arena. Countries like Iceland, New Zealand, and Kenya have seen a significant increase in geothermal production in recent years.

What sets these countries apart is their extensive use of innovative technologies that allow them to tap into previously untapped geothermal resources.

As the world looks for cleaner and more sustainable energy sources, it will be interesting to see if these newer players can maintain their momentum and become leaders in the global geothermal industry.

Geothermal energy is an environmentally friendly way to generate electricity. It harnesses the Earth’s internal heat to produce renewable energy.

The main advantage of geothermal energy is that it is a renewable power source. The decay of radioactive elements is constantly replenishing the Earth’s internal heat, so it is a virtually limitless energy source.

In addition, geothermal power plants have a minimal carbon footprint and do not emit greenhouse gases or other pollutants.

However, there are also some disadvantages to geothermal energy.

One challenge is that geothermal resources are not evenly distributed around the world.

Overall, geothermal energy has the potential to be a key player in the fight against climate change. However, challenges such as high up-front costs and uneven distribution of resources will need to be addressed before this incredible technology can reach its full potential.

Geothermal energy is increasingly recognized as a renewable, sustainable resource with great potential. Moreover, geothermal power plants are very efficient, with a capacity factor of around 95%. The main challenge for geothermal energy has been finding sites with the right conditions for generating power.

While geothermal energy only accounts for a small share of renewable energy usage globally, it is one of the most efficient and sustainable forms of energy production.

Related:
How to Get a Job in the Renewable Energy Industry

And as the world looks to move away from fossil fuels, geothermal energy will play an increasingly important role in meeting our energy needs.